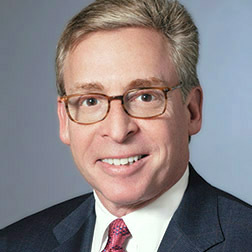 A partner and co-chair of the Litigation Department from 2008 through 2017, Jay Cohen is a nationally recognized trial lawyer and corporate counselor, particularly with regard to his comprehensive expertise in media, antitrust, securities, intellectual property and general complex commercial disputes. Clients describe Jay as "the full package: he's a good, smart, and thorough lawyer who understands and looks at the bigger picture," and say that he is "very effective in court," noting his "real touch with both judge and jury."

Jay is one of a select group of nationally recognized trial lawyers in The Legal 500 and has been recognized by Benchmark Litigation as the “General Commercial Attorney of the Year” in 2018 as well as one of the Top 100 Trial Lawyers in America. He has also been selected by Chambers USA, Benchmark/Institutional Investor and The Legal 500 as one of the leading general commercial and media and entertainment lawyers in the United States, with clients commenting on not only his trial and litigation skills but also his “great industry experience” and “excellent judgment and demeanor.” In 2018 and 2019, Jay was the recipient of Variety’s Legal Impact Report Award which spotlights the top lawyers in the entertainment industry. In 2017, Law360 recognized Jay as a Telecommunications MVP and BTI recognized Jay as a Client Service All-Star. Jay is also recognized in The Best Lawyers in America as a leading lawyer in commercial litigation, antitrust, media law and intellectual property.

For more than 25 years, Jay has regularly represented major clients of the media and entertainment industry as lead counsel in a range of sophisticated and precedent-setting matters.

In addition, Jay’s practice includes advising on high-stakes corporate transactions as well as conducting internal investigations on behalf of public companies and their boards of directors.

Other significant trial and major case representations include:

Jay also has significant appellate experience. He has argued matters in the New York Court of Appeals, as well as the D.C., 2nd, 4th, 9th and 11th Circuits.

Paul, Weiss won a reversal of an entry of summary judgment in the Eighth Circuit in our long-running class action challenging the “Wanteds” program of St. Louis County, Missouri, on behalf of putative class representatives who were…

Paul, Weiss advised MGM in its sale to Amazon for $8.45 billion. MGM is a leading entertainment company focused on the production and global distribution of film and television content across all platforms

MGM to Be Acquired by Amazon for $8.45 Billion

MGM to Be Acquired by Amazon for $8.45 Billion

Paul, Weiss is advising MGM, a leading entertainment company, in its sale to Amazon.

Litigation partner Jay Cohen appeared on Billboard’s list of the year’s “Top Music Lawyers,” marking the third consecutive year he has been recognized.