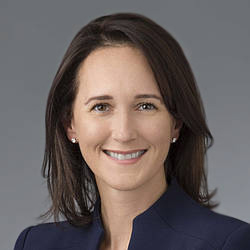 In 2021, Jessica was named a Law360 MVP for her achievements in the white collar area. She is also listed as a leading practitioner by Legal 500 in the Litigation: Corporate Investigations and White-Collar Criminal Defense category and was named to Crain’s New York Business’s 2022 “Notable Women in Law” list, among other recognitions.

Jessica frequently represents companies in sensitive investigations by the U.S. Department of Justice, the SEC, the CFTC, various federal and state regulators, and other government agencies. She has litigated numerous securities and complex commercial matters in federal and state courts across the country, including matters where billions of dollars are at stake. She also has experience on high-value class action, insurance and general commercial litigation matters and in arbitration proceedings.

Jessica’s current and recent representations include:

Jessica was recognized as a “Next Generation Leader” at the 2021 Legal Momentum Aiming High Awards. In 2016, she was recognized as a "Rising Star" by the New York Law Journal and received the “Law360 Distinguished Writing Award” at the 2017 Burton Awards. Jessica also serves on the firm’s Partnership Committee.

The United States increased pressure on Russia to de-escalate its conflict in Ukraine through new sanctions targeting individuals and entities critical to Russia’s war efforts, as well as against the provision of accounting, trust and …

Paul, Weiss advised General Atlantic as lead investor in a $105 million Series B funding round in Talos, a provider of institutional digital asset trading technology, which values the company at $1.25 billion.

In a significant expansion of sanctions, President Biden recently issued an executive order prohibiting “new investment” in Russia by U.S. persons, wherever located.

The DOJ recently announced the seizure of a Russian oligarch’s luxury yacht, marking the first seizure by Task Force KleptoCapture, an interagency task force led by the DOJ and focused on enforcing Russian sanctions.

The Consumer Financial Protection Bureau recently announced its intent to target discriminatory conduct as an “unfair” practice under its authority to pursue violations of unfair, deceptive or abusive acts or practices (UDAAPs),…

OFAC recently announced its second-ever settlement with a U.S. company relating to apparent violations of OFAC’s sectoral sanctions program. OFAC determined that, by re-issuing and re-dating an invoice to the state-owned Russian oil…

Litigation partner Jessica Carey has been shortlisted for “White Collar Crime Lawyer of the Year” in Euromoney’s 2022 Women in Business Law America Awards.

Litigation partner Jessica Carey was honored with a Law360 2021 MVP Award in the White Collar category.

Litigation partners Jessica Carey and Roberto Gonzalez have been selected to receive the “Law360 Distinguished Writing Award” at the 2017 Burton Awards.