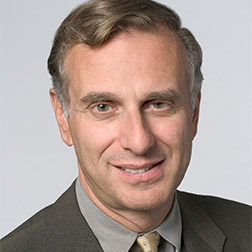 Of counsel to the Entertainment Department, John F. Breglio has concentrated on representing companies and individuals involved in all aspects of the entertainment industry, including the legitimate theatre, motion picture, publishing and music businesses, and intellectual property matters. He has been instrumental in assisting his clients to develop, finance and produce hundreds of plays, musicals and films for nearly 40 years.

The scope of Mr. Breglio's experience ranges from advising film, television and video companies on the development, financing and distribution of entertainment products to advising Broadway and Off-Broadway producers and theater owners on producing and presenting dramatic plays, musicals and revues. He has represented literally hundreds of individual performing and other artists in their professional careers such as Stephen Sondheim, Andrew Lloyd Webber, August Wilson, Michael Bennett, Marvin Hamlisch, Bernadette Peters, Peter Martins and the heirs of the late Bob Marley.

As a member of the firm's Intellectual Property Group, Mr. Breglio has represented companies involved in the development of new computer software programs and has assisted in the licensing of intellectual property rights in characters, trademarks, logos and other properties for use in films, magazines, theme parks and other forms of entertainment products.

Mr. Breglio is widely known for his experience in advising cultural not-for-profit organizations such as The New York Shakespeare Festival, The Actors Fund of America, The Manhattan Theatre Club, Second Stage, Playwrights Horizons, The Roundabout Theatre Company and the Goodman Theater of Chicago.

In addition to his private practice, Mr. Breglio is the former chair of the Theatre Development Fund and serves on the boards of several not-for-profit corporations including the American Foundation for AIDS Research, the Alliance for the Arts and The John Golden Fund. He has also lectured frequently for the National Law Journal Seminars, the Practising Law Institute and at Yale University. Mr. Breglio is an adjunct professor at Columbia University where he has taught a course on "Theater and the Law."