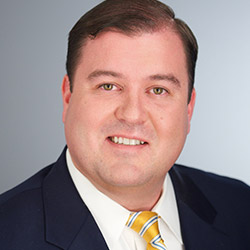 A partner in the Restructuring Department, John Weber focuses his practice on representing debtors, equity owners, creditor groups and distressed investors in a broad range of restructuring matters, including chapter 11 cases, cross-border insolvency matters, out-of-court restructurings and bankruptcy-related acquisitions. John has a broad range of experience across a number of industries, including media and communications, healthcare, retail, energy and manufacturing.

John is recognized as a “Rising Star” and “Top Rated Bankruptcy Attorney” by Super Lawyers. His work on Carlson Travel’s prepackaged chapter 11 cases was recently recognized as the “Pre-Pack Restructuring (Large)” winner for The Turnaround Atlas Awards 2022. He was the recipient of the American Bankruptcy Institute Medal for Excellence in the Study of Debtor-Creditor Law.