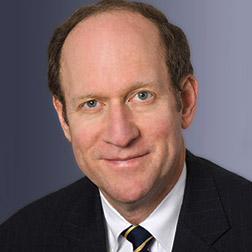 A partner in the Corporate Department and head of the firm’s Securitization Practice Group, Jordan E. Yarett has over 30 years of experience as a financing lawyer. Jordan’s practice focuses on innovative structured finance deals involving unusual asset classes, as well as securitizations and bond financings involving a range of more traditional assets.

In 2020, Jordan was named a “Structured Finance MVP” by Law360.  He is also recognized by Chambers USA, Chambers Global, The Legal 500, IFLR1000 and Lawdragon as a leading lawyer, and has been listed in The Best Lawyers in America for Securitization and Structured Finance Law (New York City) since 2011.  In 2019, Chambers Global honored Jordan with a Band 1 designation, with clients attesting that Jordan is “among the best esoteric securitization lawyers on Wall Street” and is “the premier whole-business securitization lawyer in the industry.” In 2007 The American Lawyer selected Jordan as a “Dealmaker of the Year” for his representation of Lehman Brothers Inc., the lead underwriter and sole structuring agent for Dunkin’ Brands Inc. in its complex $1.7-billion whole-business securitization.  Jordan has been quoted in numerous publications, including The Economist, The Daily Deal, The American Lawyer, The Hollywood Reporter, Esq. and The Analyst.

Jordan works on groundbreaking transactions, including what are believed to be the first U.S. whole-business securitization involving intellectual property, the first cash flow secured franchise loan securitization, the first rated time share loan securitization, the first telecom receivables commercial paper conduit, the first structured settlement conduit program, and the first fully effective SEC registered offering of pass-through certificates in a pool of secondary market municipal bonds, as well as many early and innovative drug royalty and equipment lease securitizations. Jordan is also a leading practitioner in cell tower and PACE securitizations for public and private companies, in excess of $5 billion in transactions for the last five years. In addition, he counsels clients in connection with more conventional asset classes such as trade receivables, auto loans and leases, home equity loans, mutual fund fees and credit cards.

A frequent speaker and author on developing issues in the structured finance arena, Jordan is currently an Adjunct Professor of Law at the University of Pennsylvania Law School. He has written a chapter on derivatives litigation for Derivative Risk and Responsibility, two chapters in Securitization Legal and Regulatory Issues published by American Lawyer Media, Inc., and several articles for The Journal of Structured Finance.

Paul, Weiss advised Inspire in its acquisition of the parent company of Dunkin’ and Baskin-Robbins.

Paul, Weiss is advising Inspire Brands, Inc. in its acquisition of Dunkin’ Brands Group, Inc., parent company of Dunkin’ and Baskin-Robbins, in a transaction valued at approximately $11.3 billion.

Paul, Weiss is advising an affiliate of Roark Capital Group in its acquisition of the ServiceMaster Brands businesses of ServiceMaster Global Holdings, Inc., a leading provider of essential services to residential and commercial…

Corporate partner Jordan Yarett was honored with a Law360 2020 MVP Award in the Structured Finance category.

Paul, Weiss was commended in the “Accessing New Markets and Capital” category of the Financial Times’ annual feature recognizing the year’s most innovative North American law firms and lawyers.