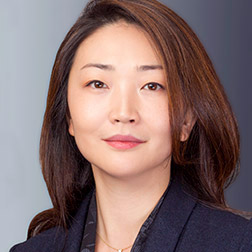 Managing partner of the China practice and a member of the Corporate Department, based out of the firm’s Hong Kong office, Judie’s practice focuses on regional private equity investments and cross-border mergers and acquisitions. Her twenty-year experience spans a broad range of industries and types of transactions, assisting numerous clients in their high-value leveraged buy-outs, privatization, spin-off, carve-outs, strategic and minority investments and exits.

Judie was named a “China IFLR1000 Women Leaders” by IFLR1000 in 2022. She is consistently recognized by Chambers & Partners, The Legal 500 and IFLR1000 as a leading and highly regarded lawyer for China-related private equity and Corporate/M&A work, including Chambers Greater China Region 2022 which notes Judie to be “creative, commercial and savvy in the local Chinese market context. Judie was named by China Business Law Journal’s “The A-List 2020: China’s Elite 100 Lawyers (Foreign Firms)”;  and one of 2017’s Top 15 Female Lawyers in China by Asian Legal Business, a Thomson Reuters publication. She was named as one of six “Commended External Counsel of the Year, 2018” by In-House Community for China.  In addition, Judie was nominated as a finalist for Dealmaker of the Year - International by Asian Legal Business China Law Awards in 2020 and 2018.

Judie is fluent in English, Mandarin and Cantonese. She is admitted to practice law in Hong Kong.

In a wide-ranging interview with Asian Legal Business, corporate partner Judie Ng Shortell discusses the ways in which M&A in China has adapted amid public health policy and economic challenges, and why she expects dealmaking to…

Recent regulatory developments in the U.S. and China, along with calls by investors for more transparency, have increased scrutiny on Chinese companies that are listed on U.S. stock exchanges using the “variable interest entities”…

Paul, Weiss advised L Catterton Asia as the lead investor in a series B financing round of over $50 million in Nebula Brands, a leading Chinese Amazon vendors aggregator.

Corporate partner Judie Ng Shortell was recognized in The Legal 500 Asia Pacific Hall of Fame for her achievements in private equity work and in the technology, media and telecommunications (TMT) industry in China.

Paul, Weiss was shortlisted in four categories in the International Financial Law Review’s 2023 Asia-Pacific Awards, which recognize legal innovation in cross-border transactions that closed during the past year.

Corporate partner Judie Ng Shortell was recognized by In-House Community as a “Commended External Counsel of the Year.”

Corporate partner Judie Ng Shortell was recognized as one of the Top 15 Female Lawyers in China by Asian Legal Business.

Paul, Weiss has been named as a finalist in four categories as part of the 2017 Asia Legal Business China Law Awards.