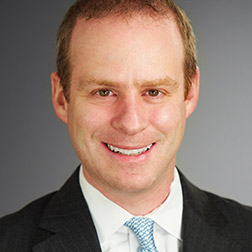 As counsel in the Litigation Department, Justin D. Lerer has experience in criminal and regulatory defense, including anti-money laundering, frauds, and cybercrime, and in complex commercial litigation, including securities litigation and class actions.

At Paul, Weiss, Justin has been involved in the defense at trial of the former chairman of a Fortune 20 corporation on criminal securities fraud charges and the successful defense of the former chairman and CEO of a Fortune 500 corporation in federal criminal and regulatory investigations. Justin was also a member of the teams that represented Citigroup in the defense of civil claims arising out of the collapses of WorldCom and Parmalat. Justin's pro bono representations have included the representation in post-conviction proceedings of an individual on Alabama's death row.

While at the U.S. Attorney's Office for the Eastern District of New York, Justin was Co-Head of the Anti-Money Laundering Strike Force and Acting Chief and Deputy Chief of the International Narcotics and Money Laundering Section.  Justin also served in the Business and Securities Fraud and National Security and Cybercrime sections. Justin oversaw and personally handled a wide variety of criminal investigations and prosecutions, including securities fraud, investment adviser fraud, money laundering, cybercrime, Food Drug and Cosmetic Act violations, export enforcement, tax fraud, health care fraud, and public corruption. During the period of Justin's supervision of the International Narcotics and Money Laundering Section, the Office entered into a deferred prosecution agreement with HSBC addressing its violations of the Bank Secrecy Act, the International Emergency Economic Powers Act, and the Trading with the Enemy Act. Justin was deeply involved in international prosecutions, working with prosecutors and law enforcement agencies in 17 foreign countries on six continents. Justin received the Outstanding Financial Task Force Award from the Executive Office of the President for leading the prosecution of an international money laundering organization, resulting in the conviction of 25 defendants. He also received the Meritorious Civilian Service Award from the U.S. Navy for his prosecution of national security cases and the True American Hero Award from the Federal Drug Agents Foundation for his prosecution of narcotics and money laundering cases.

Justin serves as a trustee of the Horace Mann School and is a former member of the Board of Directors of the Harvard Alumni Association.

While at law school, Justin was Executive Editor of the Harvard Law Review.

Transition to the Biden Administration: FCPA Enforcement in the Near Term

Transition to the Biden Administration: FCPA Enforcement in the Near Term

While President Biden has promised a heightened focus on fighting corruption, it is not yet clear how FCPA enforcement may change in the next four years. In this alert, we consider how President Biden’s picks for top DOJ and SEC…

As reported by CNN and others, Paul, Weiss released an independent review of the Syracuse University Department of Public Safety (DPS) following a year-long investigation assessing how the department interacts with members of the…

Paul, Weiss secured a victory for our pro bono client when he was granted compassionate release and ordered to be immediately released from federal prison. Our client was originally scheduled to be released from the Federal Bureau of…

The DOJ’s Criminal Division released updated guidance regarding the manner in which prosecutors evaluate the effectiveness of corporate compliance programs. The guidance makes clear that companies should continuously update their…

U.S. District Judge Leon Jordan of the Eastern District of Tennessee ordered the release of Ronnie Cooper, a federal inmate convicted in 2010 based on his alleged participation in a drug trafficking ring and sentenced to 30 years in…

Bank Hapoalim Enters into Criminal and Civil Resolutions for Its Participation in Separate Tax Evasion and Money Laundering Conspiracies, and Agrees to Pay Nearly $1 Billion in Penalties

Bank Hapoalim Enters into Criminal and Civil Resolutions for Its Participation in Separate Tax Evasion and Money Laundering Conspiracies, and Agrees to Pay Nearly $1 Billion in Penalties

The DOJ, Federal Reserve and the New York State Department of Financial Services announced nearly $875 million in penalties against Bank Hapoalim and its Swiss subsidiary.

On April 17, 2020, the U.S. Securities and Exchange Commission (“SEC”) announced that it had resolved charges against Eni S.p.A., an Italian headquartered multinational oil and gas company, for violations of the recordkeeping and…

Paul, Weiss was recognized by the Compassionate Release Clearinghouse of the National Association of Criminal Defense Lawyers (NACDL) with a “Win of the Week.”