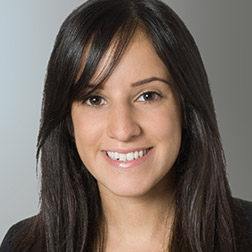 A counsel in the Restructuring Department, Karen has broad experience representing a variety of clients in major U.S. and international bankruptcies and corporate restructurings. She has represented debtors, secured lenders, ad hoc creditor committees, and other significant parties in chapter 11 cases as well as out-of-court restructurings.

Karen currently serves on the Her Justice Junior Advisory Board. In spring of 2022, Karen spoke at the American Bar Association’s Spring Meeting on a panel called “Issues in Opioid Bankruptcies.” She has also recently co-authored an article with fellow Paul, Weiss attorney Bob Britton for the American Bankruptcy Institute’s ABI Journal titled “Problems in the Code: The Sale of Mortgage Loans Free and Clear in a Chapter 11 Plan.” Karen served as Senior Editor of the McGill Law Journal. Before joining Paul Weiss, she clerked for Justice Rivlin at the Supreme Court of Israel.

ABI Journal: The Sale of Mortgage Loans Free and Clear in a Chapter 11 Plan

ABI Journal: The Sale of Mortgage Loans Free and Clear in a Chapter 11 Plan

Restructuring partner Robert Britton and associate Karen Zeituni co-authored an article, “The Sale of Mortgage Loans Free and Clear in a Chapter 11 Plan,” in the March 1 issue of the ABI Journal.

On May 21, 2015, the United States Court of Appeals for the Third Circuit (the "Third Circuit") held that in rare instances a bankruptcy court may approve a "structured dismissal"- that is, a dismissal "that winds up the…

Paul, Weiss and Human Rights First obtained asylum for a woman from Burkina Faso who had been subjected to female genital mutilation by her grandmother and was in a forced marriage to a man many years her senior. She feared that…