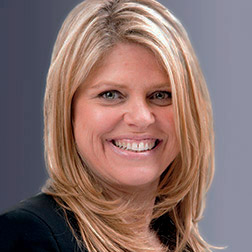 B.B.A., University of Oklahoma, 1990with honors

B.B.A., University of Oklahoma, 1990with honors

Of counsel in the Corporate Department, retired partner Kelley Parker concentrated primarily on mergers and acquisitions. She was also a member of the Media, Sports and Entertainment and Corporate Governance Groups, and had a broad transactional practice focusing on a range of corporate matters.

She is a frequent speaker on M&A topics, including recent PLI Seminars M&A Trends & Developments and Doing Deals: The Art of M&A Transactional Practice.

Kelley was a member of The Georgetown Law Journal and was elected to the Order of the Coif.

Paul, Weiss is advising the special committee of the board of directors of CBS Corp. in its merger with Viacom to form ViacomCBS Inc.

Paul, Weiss is representing Advance Publications in its acquisition of Palladian Holdings, Inc., owner of Turnitin, a leading provider of plagiarism detection technology and other related products to schools, universities and…

Paul, Weiss advised an ad hoc committee of secured noteholders and postpetition lenders in the successful chapter 11 reorganization of Tops Markets, LLC and its debtor affiliates.

Paul, Weiss represented Perry Ellis’ special committee of independent directors in the acquisition of Perry Ellis International, a NASDAQ-listed apparel company, by a private company owned by founder George Feldenkreis and his family…

Perry Ellis to Be Acquired by George Feldenkreis

Perry Ellis to Be Acquired by George Feldenkreis

Perry Ellis International has agreed to be acquired by George Feldenkreis, Perry Ellis’ founder and a member of the company’s board of directors, in a transaction valued at $437 million.

Paul, Weiss is representing a special committee of independent directors of Perry Ellis International, Inc. in evaluating a proposal from George Feldenkreis to acquire the company.

Paul, Weiss clients BPCE and Natixis completed their exit from CIFG Holding Inc., the first troubled bond insurer to successfully restructure and receive a ratings upgrade after the credit crisis, earning Paul, Weiss an award for …

EXOR to Acquire PartnerRe for $6.9 Billion

EXOR to Acquire PartnerRe for $6.9 Billion

Paul, Weiss client EXOR S.p.A., a leading investment company headquartered in Italy and controlled by the Agnelli family, announced the signing of a deal to acquire PartnerRe Ltd., a Bermuda-based global reinsurance company, for…

The Sadie Nash Leadership Project honored the Kate Stoneman Project, a group of female partners at large New York firms, for its work in creating and running a 12-week program for Sadie Nash students on law and the legal…