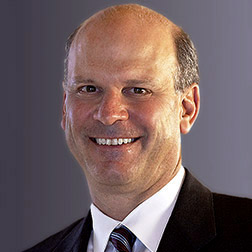 Co-chair of the Paul, Weiss Litigation Department, Ken Gallo has substantial trial experience in antitrust, patent, trade secret and major commercial disputes. He has tried cases involving the banking, payments, and travel industries, computer hardware and software products, medical and telecommunications equipment, commercial real estate and biotechnology products. Clients have recognized Ken as “the finest lawyer I have ever worked with - my number-one choice for any high-leverage litigation” and that he is “one of the most talented litigators ever seen, a great jury trial lawyer.”

Ken regularly represents clients in private and government antitrust matters, including claims related to alleged monopolization, tying, mergers and acquisitions, cartels and the interplay between the antitrust and intellectual property laws. He has been recognized as one of America’s top antitrust, patent and commercial litigators by various publications, including Chambers USA, Benchmark/Institutional Investor, Best Lawyers in America, The Legal 500, The National Law Journal and Financial Times, which named Ken one of the “Top 10 Agents for Change.” Ken was selected to “The International Who’s Who of Competition Lawyers & Economists 2013” by the Global Competition Review.

Some of his representative antitrust and intellectual property matters include:

Ken is a former member of the Firm’s Management Committee.

Eyitayo “Tee” St. Matthew-Daniel has joined the firm as a partner in New York and Washington D.C.

Today, the Federal Trade Commission (FTC) announced that the FTC and the Antitrust Division of the Department of Justice (DOJ) will temporarily suspend granting early termination of the waiting period under the Hart-Scott-Rodino…

On June 30, the DOJ and Federal Trade Commission issued final vertical merger guidelines that provide executives, dealmakers and their advisors with important insight into how the federal agencies are likely to evaluate a deal with…

February was a particularly active month for the Federal Trade Commission, which sued to block three mergers and settled a matter involving issues of market allocation and board interlocks. The Department of Justice also had an active …

Litigation counsel Jennifer Gordon was recognized by The American Lawyer’s “Litigation Daily” column for winning summary judgment for Genentech in patent litigation brought by Baxalta Inc. in the District of Delaware.

Paul, Weiss, litigation partners Kenneth Gallo and Catherine Nyarady, and of counsel David Ball were recognized as top patent professionals in the 2021 edition of IAM Patent 1000.

Paul, Weiss was recognized by the Global Competition Review with the "Litigation of the Year - Cartel Defence" award for our work representing Sharp Corporation and Sharp Electronics Corporation against antitrust claims brought…