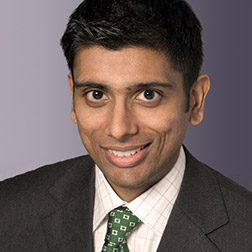 As counsel in the Litigation Department, Kripa Raman focuses his practice on patent litigation matters. He also has experience in trade secrets litigation, licensing and the intellectual property aspects of transactions.

Mr. Raman has a B.A. in Chemistry from Columbia University and a J.D. from Duke University.

Paul, Weiss advised General Atlantic in its Series A investment in Sierra Space, a leading commercial space company with 1,100 employees, more than 500 missions and over 30 years of space flight heritage.

As reported by The Wall Street Journal, The New York Times, and other news outlets, Paul, Weiss client Edwards Lifesciences Corporation and Medtronic, Inc. have reached a global settlement that resolves all outstanding patent…

Edwards Lifesciences won another major victory in its patent battle with Medtronic over transcatheter heart valve technology, when Chief Judge Gregory M. Sleet of the United States District Court for the District of Delaware…

Paul, Weiss was included in the 2014 edition of The National Law Journal's "Top 100 Verdicts of the Year" for our involvement in Edwards Lifesciences' patent victory against Medtronic.