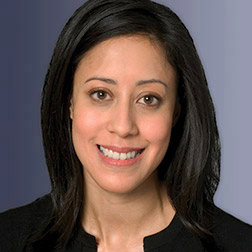 Liza has significant trial experience. Her representation of clients in a broad range of complex civil and corporate litigation matters enables her to bring a well-rounded perspective to her clients. At trial, Liza has represented:

Liza is actively involved in human rights and pro bono matters. She has successfully represented many asylum clients, including parents separated from their children at the U.S. border, women and their families fleeing gang violence, and individuals seeking protection from persecution based on sexual orientation or gender identity in their home countries. She recently represented more than 100 companies in an amicus brief supporting the Equal Rights Amendment. She is Vice Chair of the Board of Legal Services NYC, the nation’s largest civil legal services provider, and a member of the Board of Advisors of Human Rights First. She serves on the governing body for the Cyrus R. Vance Center for International Justice. She is a member of the Board of the Fund for Modern Courts, the Practical Law Litigation Advisory Board, and a member of the Board of Ambassadors of the National Health Law Program (NHeLP).

Liza has been repeatedly recognized for her trial accomplishments and litigation achievements, particularly in the employment space. In 2021, Liza was named “Labor and Employment Lawyer of Year” by Euromoney for their Americas Women in Business Law Awards series. She was also recently named to the 2021 edition of Crain’s New York Business’s “Notable Women in Law” list. Liza has been recognized as a “National Star” for Labor and Employment Litigation by Benchmark Litigation for four consecutive years, and was selected by Lawdragon in 2021 to both their 500 Leading Corporate Employment Lawyers and 500 Leading Lawyers in Americas guides. In 2020, Liza was named a “Litigator of the Week” by The American Lawyer for a victory on behalf of IBM in a high-stakes trade secrets and noncompetition trial.

The U.S. Supreme Court recently held that damages for emotional distress are not available in the implied private action to enforce the Rehabilitation Act of 1973 or the Affordable Care Act, which prohibit recipients of federal…

Litigation partner Liza Velazquez was named “Labor and Employment Lawyer of the Year” at the 2021 Euromoney Americas Women in Business Law Awards.