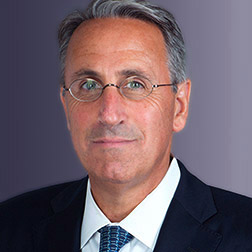 Lorin L. Reisner is a partner in the litigation department, Co-Chair of the White Collar and Regulatory Defense Practice and a member of the firm’s management committee. He has more than twenty-five years of experience representing companies, boards of directors and senior executives in a broad range of litigation and related matters. He previously served as a federal prosecutor and senior Securities and Exchange Commission enforcement official. Lorin’s practice emphasizes white collar matters, government investigations and complex business litigation.

From January 2012 through June 2014, Lorin served as Chief of the Criminal Division of the U.S. Attorney's Office for the Southern District of New York, where he supervised the investigation and prosecution of federal crimes by a team of more than 160 Assistant U.S. Attorneys. The areas under his supervision included securities and commodities fraud, complex fraud and cybercrime, public corruption, terrorism and violent crime.

Lorin is widely recognized as one of the nation’s leading lawyers in connection with government investigations. His earlier government service also included serving as an Assistant United States Attorney for the Southern District of New York from 1990-1994, where he investigated and prosecuted financial crimes, public corruption and racketeering crimes. As an AUSA, Lorin received the Department of Justice's Director's Award for Superior Performance as an Assistant United States Attorney.

Some of Lorin's significant and publicly reported representations have included:

Lorin has been recognized as a leader in White Collar Crime & Government Investigations, Securities Regulation: Enforcement, and Media & Entertainment Litigation by Chambers USA: America’s Leading Lawyers for Business. He also is recognized by The Legal 500 as one of the nation’s leading White-Collar Defense lawyers. Lorin also was named as one of the country’s top enforcement lawyers by Securities Docket in 2020 and prior years. In 2019, Law360 named Lorin a White Collar MVP.

Representing the U.S. broker-dealer industry and its industry organization Securities Industry and Financial Markets Association (SIFMA), Paul, Weiss secured a favorable order by the Securities and Exchange Commission in a high-stakes …

Litigation partner Lorin Reisner will participate in a panel, “The SEC’s Focus on Cybersecurity – Disclosure, Enforcement and Key Guidance for 2021,” as part of Securities Docket’s Securities Enforcement Forum 2021.

Gurbir Grewal, the SEC’s new Director of Enforcement, recently announced that he intends to recommend “aggressive” use of available remedies in enforcement actions, including requiring admissions of wrongdoing in certain cases.…

In the SEC’s first enforcement action against a SPAC since the “SPAC boom” took off late last year, the regulator recently announced charges against a SPAC, its sponsor, its proposed merger target and both the SPAC and the target’s…

Litigation partner Lorin Reisner was recognized by Securities Docket as part of the “Enforcement 40,” its list of the 40 best securities enforcement defense lawyers in the business.