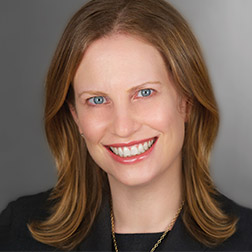 A partner in the Litigation Department, Lynn B. Bayard has a diverse practice in the media, sports and entertainment industries. Lynn has represented major sports leagues in some of their most significant matters. She has also represented songwriters, television networks, and motion picture studios, among others, in copyright and trademark matters, and music publishers in royalty rate proceedings and other copyright matters. Lynn has been recognized as a “Leading Lawyer” by The Legal 500 in Sport and recommended in various practice areas, including Intellectual Property: Copyright, Media & Entertainment: Litigation as well as Sports.

In addition, she has extensive IP transactional experience including drafting and negotiating license agreements, and regularly represents on a pro bono basis non-profit organizations in connection with publishing and arts-related matters.

Lynn has authored or co-authored several articles on a range of intellectual property issues, including:

Lynn also wrote a chapter titled “Settling Copyright and Trademark Disputes” in the leading treatise on the law of settlement agreements and the settlement process, Settlement Agreements in Commercial Disputes: Negotiating, Drafting and Enforcement, as well as a practice note titled “Copyright Infringement Claims, Remedies and Defenses” for Practical Law Company. She has spoken on topics including copyright infringement litigation as well as the advancement of women attorneys.

Paul, Weiss and co-counsel Neufeld Scheck & Brustin, LLP successfully resolved a civil rights case on behalf of pro bono client Pablo Fernandez, securing one of the largest-ever wrongful conviction settlements to be paid by the…

Paul, Weiss is representing Univision Holdings, Inc. in its combination with the content and media assets of Mexico-based Grupo Televisa, S.A.B., creating the largest Spanish-language media company in the world.

On April 23, 2020, the United States Supreme Court held that a plaintiff who proves a trademark infringement claim under the Lanham Act does not need to prove that the defendant acted “willfully” to recover profits from the…

The U.S. Solicitor General has recommended that the Supreme Court deny Google’s petition for review of the Federal Circuit’s holding that Google did not have a fair use defense for infringing copyrights in Oracle’s Java APIs when it…

U.S. Department of Labor Issues New Guidance Narrowing the Definition of Workers Qualifying Under the FLSA as Employees

U.S. Department of Labor Issues New Guidance Narrowing the Definition of Workers Qualifying Under the FLSA as Employees