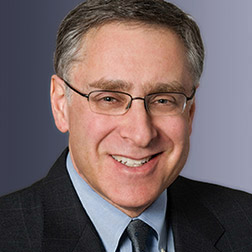 Marc Perlmutter has been practicing law at Paul, Weiss for nearly 40 years and is currently Of Counsel in the Corporate Department after retiring as a partner of the firm in August 2016. Marc was a partner in New York before relocating to the firm’s Hong Kong office in 1986 and then moving to Tokyo during the summer of 1987 to open the firm’s Tokyo office. He spent six years in Tokyo, where he was registered as a gaikokuho jimu bengoshi (foreign law consultant), before returning to New York in 1993. Since then, Marc has returned to Asia on a regular basis each year in connection with his work for a number of clients in Japan, Korea and other countries in the region.

During his many years practicing corporate law in New York and Asia, Marc has gained extensive experience in a broad range of transactional matters including mergers and acquisitions, joint ventures, license agreements and other complex commercial contracts. He also has performed more general corporate advisory work and, with support from the firm's Litigation Department when necessary, has represented his corporate clients in a variety of successful dispute resolution proceedings.

Representative matters that Marc has handled include:

Although Marc has devoted much of his time to working with clients based in Asia, a significant portion of his practice has involved a variety of transactional and advisory matters in the United States and Europe for other domestic and international clients.

Marc also managed the firm’s Visiting Lawyers Program for visiting lawyers from both companies and law firms around the world for nearly ten years until his retirement as a partner last year.

Since January 2016, Marc has acted as a supervising attorney for law students in the Business Law Transactions Clinic at the New York University School of Law. He also is an active supporter of the Arts at Brown University and established in the fall of 2016 the Sue E. Perlmutter Fund for Dance, the first endowment fund formed specifically to support the Dance Program at Brown.