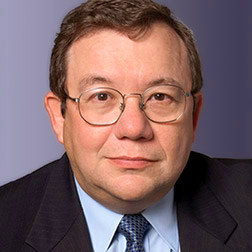 Of counsel in the Litigation Department (which he chaired for six years), Martin Flumenbaum has achieved national recognition as both an outstanding litigator and corporate advisor. He regularly advises U.S. and international clients on a broad range of litigation issues, with an emphasis on securities, mergers and acquisitions, commercial litigation, intellectual property, antitrust and white-collar matters. He is a fellow of the American College of Trial Lawyers.

In January 2006, Mr. Flumenbaum's representation of Hollinger International and American International Group (AIG) was featured in a cover story in The American Lawyer, "The Lifesavers," in which Paul, Weiss was selected as the best litigation firm in the United States for the period in which Mr. Flumenbaum chaired the department. In 2005, Martin was profiled by the National Law Journal for his work on Hollinger and other key cases, and featured in the publication's special feature, "Winning: 10 Profiles of Successful Strategies From Some of The Nation's Top Litigators." Martin has also been recognized as one of the leading litigators in the United States by Chambers, Benchmark Litigation, Lawdragon, Super Lawyers and Legal 500 and selected by Best Lawyers in America as one of the leading lawyers in the United States in three separate categories, including "Bet The Company" litigation. In the 2011 edition of Chambers USA, he was ranked in Tier 1 for New York general commercial litigation, noted for being "a superb and focused litigator." Mr. Flumenbaum was named National Litigation Star by Benchmark Litigation for Antitrust and General Commercial litigation, as well as a Local Litigation Star for New York. In addition, he was recently recognized by the 2011 Legal 500 as a "top-notch and deeply experienced" white-collar defense lawyer.

Martin is a member of the board of directors and the executive committee of New York Lawyers for the Public Interest, a public interest civil rights organization in New York, and since 1985 has written a monthly column for The New York Law Journal, titled "Second Circuit Review," which discusses significant decisions and legal trends in the federal courts. He has lectured on the attorney-client privilege and on the corporate and individual sentencing guidelines.

From 1979 to 1982, Martin served as an Assistant U.S. Attorney in the Southern District of New York, in which capacity he tried numerous criminal cases, concentrating in matters involving securities fraud, commodities fraud and tax fraud. He was also the lead prosecutor in the successful tax prosecution of Sun Myung Moon in 1982. In 1974, he became law clerk to Judge Whitman Knapp of the U.S. District Court for the Southern District of New York. He joined the firm in 1975 following his clerkship and became partner in 1983.

Second Circuit Review: Statutory Standing Under §10(b) And SEC Rule 10b-5

Second Circuit Review: Statutory Standing Under §10(b) And SEC Rule 10b-5

Paul, Weiss achieved a significant victory for XPO Logistics, Inc. and its Chairman and CEO Bradley Jacobs when the Second Circuit affirmed the dismissal, with prejudice, of a securities class action alleging that XPO had defrauded…

Second Circuit Review: The Sixth Amendment and the Right to a Public Trial

Second Circuit Review: The Sixth Amendment and the Right to a Public Trial

Litigation of counsel Martin Flumenbaum and firm Chairman Brad Karp’s latest Second Circuit Review column, “The Sixth Amendment and the Right to a Public Trial,” appeared in the June 22 issue of the New York Law Journal.

Three Paul, Weiss partners were selected by Benchmark Litigation for its inaugural list of "Top 10 Practitioners" across 10 areas of practice.