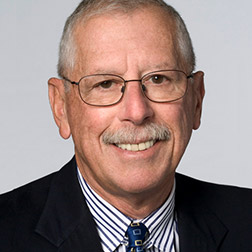 Of counsel in the Litigation Department, Martin London has an extensive practice that encompasses broad litigation issues both domestically and internationally, involving both criminal and civil matters.

The gamut of Mr. London's successes is vast, involving many prominent matters and investigations such as:

He has also served as counsel to the Special Litigation Committee of a mutual fund Board of Directors respecting shareholders' derivative litigation, and defended numerous securities litigations for a number of clients that include New York's largest investment banks. Furthermore, Mr. London has represented Citigroup with various lawsuits arising out of the WorldCom collapse, and is representing Chubb in a number of 9/11-related cases.

A fellow of the American College of Trial Lawyers, and a recipient of the Award for Outstanding Oral Advocacy, presented by the Office of the Appellate Defender, Mr. London has been twice appointed special trial counsel by special New York judicial tribunals to prosecute judicial misconduct cases. His experience also includes serving as general counsel to New York State Governor Carey's Judicial Selection Panel; serving as chairman of the Board of Trustees of the Federal Bar Council; and serving as chairman, Appellate Division; First Department Disciplinary Committee from 1980-1985, where he oversaw all disciplinary prosecutions of 40,000 lawyers registered in the Department.

Mr. London has lectured extensively, including a talk given during the national meeting of the Securities Industry Association on the intricacies of the Private Securities Litigation Reform Act. Other topics he has spoken on include various substantive law and trial practice issues at or under auspices of the American Bar Association, the Practising Law Institute, New York State and City Bar Associations and numerous law schools. Mr. London has also appeared on a number of radio and TV programs (Jim Lehrer NewsHour, WNYC, WNYE, Court TV, etc.), discussing First Amendment and related issues.

Mr. London was a member of the New York University Law Review.

Of counsel Marty London contributed an editorial for TIME’s Ideas column, which was published on December 4.