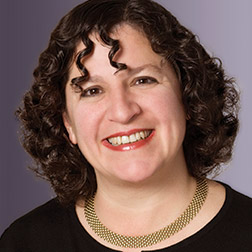 Ms. Kane has received numerous honors and awards for her work. In 2019, Ms. Kane was recognized in New York Law Journal’s inaugural list of “New York Trailblazers” for her work in helping transform the New York City skyline. Ms. Kane was also recognized as a 2017 “Real Estate MVP” by Law360. Commercial Observer has twice cited Ms. Kane as part of its Power 100 list of “Power Attorneys,” the top real estate lawyers who are “the legal world’s most powerful, most connected and most exciting players,” and has profiled Ms. Kane individually as one of New York’s most influential real estate attorneys. Euromoney Legal Media Group named her Best in Real Estate at the 2012 inaugural Americas Women in Business Law Awards, and Grid Magazine named her one of the top 10 American women in real estate development. She was honored as the 2009 Woman of the Year by WX - New York Women Executives in Real Estate, and as one of the Top 50 Women in Real Estate and one of 25 Current Leaders in the Industry by Real Estate Weekly and The Association of Real Estate Women.

Ms. Kane is also cited by multiple legal directories as one of the leading real estate lawyers in the United States. In Chambers USA, she is described as “very highly regarded by market sources,” “incredibly knowledgeable,” a “shrewd negotiator” and a “problem solver.” Ms. Kane is also recognized in Who’s Who Legal USA, The Legal 500, The Best Lawyers in America and numerous other peer-review publications. She is a member of the American College of Real Estate Lawyers.

Ms. Kane’s experience includes all aspects of the finance and development of complex public/private joint venture projects including:

Ms. Kane is a member of the Board of Governors of the Real Estate Board of New York. She served as a commissioner of the New York City Landmarks Preservation Commission from 1995 to 2004. She was a member of the World Trade Center Memorial Center Advisory Committee. She was a lead official from 1985-87 of the New York City Department of Housing Preservation and Development in charge of the development of 8,000 new housing units, and a City Planning official for the City of New Haven from 1977-79 in charge of mixed-use retail and commercial districts. She is a regular speaker at professional forums on real estate development and finance, including the American Bar Association, the American College of Real Estate Lawyers, the Urban Design Forum, Columbia Law School, the New York State Bar Association and the Practising Law Institute. She annually co-chairs a PLI seminar on “CMBS and the Real Estate Lawyer: Lender and Borrower Issues in the Capital Market.” She also annually writes the U.S. chapter of The Real Estate Law Review, an international legal reference publication covering developments in real estate law in 33 countries, as well as the U.S. chapter of Lexology’s Real Estate Navigator. Ms. Kane is a member of the Board of the Brooklyn Navy Yard Development Corporation, Avenue of the Americas Association (Chair, 1999-2007), WX-Women Executives in Real Estate, the New York Women’s Forum, the ULI-Urban Land Institute, the Urban Design Forum (Board of Directors, 2010-present), and the Association of the Bar of the City of New York (former Chair, Economic Development Subcommittee). She is the Chair of the Board of Trustees of The Olana Partnership, and serves on the boards of several other civic and not-for-profit organizations.

Real estate of counsel Meredith Kane chaired a panel discussion on April 7 hosted by the Real Estate Board of New York on New York City development and land use issues.

Of counsel Meredith Kane is participating in a panel, “Building Consensus to Save Affordable Housing in Our Cities: The Story of Stuyvesant Town in NYC,” hosted by the Cambridge Negotiation Institute.

New York City has eliminated the personal liability of individual guarantors under certain retail leases for defaults between March 7 and September 30, 2020.

In recent days, state and local governments have begun requiring the closure of non-essential businesses in order to combat the coronavirus (COVID-19) pandemic, significantly affecting the ability of affected businesses and…

Abandonment of Leases and Abatement of Rent During the Coronavirus Pandemic

Abandonment of Leases and Abatement of Rent During the Coronavirus Pandemic

As a result of increasingly restrictive government public health measures, including closures of non-essential businesses and even orders to “shelter in place,” retailers across the country have begun trimming hours of operation or…

Real estate partner Meredith Kane is named a “Real Estate Trailblazer” in The National Law Journal’s April 2020 issue. Meredith is recognized for her work in large-scale urban development projects, such as representing the…

Firm chairman Brad Karp and real estate partner Meredith Kane were recognized as “New York Trailblazers” in the New York Law Journal’s inaugural list, which celebrates professionals who have made significant marks on the practice,…

Real estate partner Meredith Kane was featured in an article in the Commercial Observer  showcasing New York's most powerful real estate attorneys. Meredith is credited for, among other things, her work with Rockefeller …