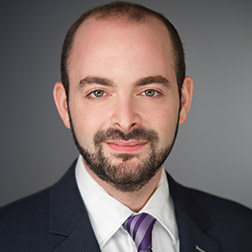 Michael Vogel is a partner in the Corporate Department and a member of the Mergers & Acquisitions practice group. His practice includes a wide range of public and private M&A, joint ventures, leveraged buyouts, minority investments, carve-out and spin-out transactions and restructurings. Michael also advises founders of high-growth startups in a variety of strategic and corporate governance matters. Michael is a member of the ADL New York/New Jersey Advisory Board.

Michael is recognized by The Legal 500 for his work in Media and Entertainment. In 2022, Michael was recognized in Variety’s “Dealmakers Impact Report” and was also featured as one of Lawdragon’s “500 Leading Dealmakers in America.” His work in connection with the $40 billion merger of CBS with Viacom to form ViacomCBS was selected by The Deal as “Most Innovative Deal of the Year” for 2020 and he was also recognized in Variety’s “Dealmakers List 2019,” which spotlights the top lawyers in the entertainment industry.

In this issue of the Paul, Weiss PE Digest, we discuss the “sponsored spin,” an investment that may be ripe for exploration in the current market dynamics.

CDK Global to Be Acquired by Brookfield in $8.3 Billion Deal

CDK Global to Be Acquired by Brookfield in $8.3 Billion Deal