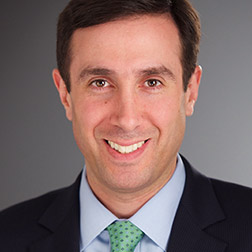 Richard Tarlowe is a partner in the Litigation Department and Deputy Chair of the White Collar and Regulatory Defense Practice. Richard regularly counsels corporations, investment firms, boards and senior executives in internal investigations, criminal and regulatory investigations and proceedings, and other high-stakes litigation matters. He previously served as a federal prosecutor in the Southern District of New York, where he was Chief of the Complex Frauds and Cybercrime Unit and a member of the Securities & Commodities Fraud Task Force.

Since leaving government service in 2015, Richard has represented a wide variety of clients, including corporations, investment firms, boards of directors, senior executives and other prominent individuals, in some of the nation’s highest-profile and most sensitive criminal and regulatory matters. Some of Richard’s notable recent representations include:

During his eight-year tenure as a federal prosecutor, Richard conducted numerous trials, including some of the most significant and high-profile securities fraud cases in the country, and handled numerous appeals before the U.S. Court of Appeals for the Second Circuit. He also received the Department of Justice Director’s Award for Superior Performance. His matters included:

Prior to his service as a federal prosecutor, Richard focused on white collar and regulatory defense and internal investigations at a New York City law firm. Richard is ranked in Chambers USA in the category of White–Collar Crime & Government Investigations and is recommended by The Legal 500 for Corporate Investigations and White-Collar Criminal Defense. He was also named one of the 500 Leading Litigators in America by Lawdragon in 2022 and a Rising Star by the New York Law Journal in 2014. Richard is a member of the Board of the Federal Bar Council and recently served as Co-Chair of the UJA White Collar & Securities Enforcement Group.

The U.S. Department of Justice Antitrust Division leniency policy allows organizations to avoid criminal prosecution for violations of section 1 of the Sherman Act in certain circumstances. A recent update to the policy adds a prompt…

Litigation partners Roberto Finzi and Richard Tarlowe were recognized by The American Lawyer for achieving a “remarkable” turnaround in a white collar case.