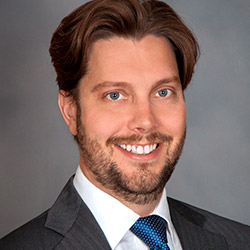 A partner in the Restructuring Department, Robert Britton focuses his practice on representing debtors, equity owners, creditor groups and distressed investors in acquisitions, out-of-court restructurings and chapter 11 cases. Bob has a broad range of experience across a number of industries, including media and communications, airline, retail, automotive, oil & gas and steel.

In 2020, Bob was named one of the American Bankruptcy Institutes’ “40 Under 40” winners. Additionally, Bob is recognized as a “Leading Lawyer” by The Legal 500 and he was named in Lawdragon’s “500 Leading US Bankruptcy & Restructuring Lawyers.” Bob has received several awards for his work, including International Financial Law Review (IFLR)’s 2021 “Restructuring Deal of the Year” for his representation of The Chatterjee Group in the restructuring of McDermott International and its 2020 “Deal of the Year: Restructuring and Insolvency” for his work advising the restructuring subcommittee for the board of directors of Sears. Turnaround Management Association (TMA) honored Bob with its 2020 “Transaction of the Year: Large Company” award for his work in the chapter 11 case of Trident USA. Bob’s work advising an ad hoc committee of senior secured noteholders in the successful chapter 11 reorganization of Gibson Brands was recognized as TMA’s 2019 “Mid-Size Company Transaction of the Year” and Private Debt Investor’s 2018 “Distressed Deal of the Year.”

Restructuring partner Bob Britton was named to the American Bankruptcy Institute’s 2020 “40 Under 40” honorees.

Restructuring partner Robert Britton was honored by the Turnaround Management Association with its 2020 “Transaction of the Year: Large Company” award.