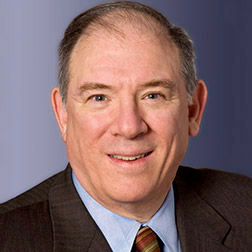 Of counsel in the firm’s Employee Benefits and Executive Compensation Group, Robert Fleder has handled ERISA, employee benefits and executive compensation matters for over 40 years. Described in U.S. News & World Report/Best Lawyers as "without question the 'Dean of the Bar' in his practice area globally, period," Rob is recognized as one of the leading lawyers in the United States in the area of employee benefits and executive compensation, by peer review organizations Chambers USA, Legal 500 and Best Lawyers in America.

Rob has extensive and sophisticated experience in the legal, accounting, actuarial and human resource issues connected with the implementation and operation of employee benefit plans and executive compensation arrangements.  In numerous merger and acquisition transactions, he has addressed the issues that arise in connection with the assumption of (or failure to assume) benefit plans and other employee obligations. His major transactions include representation of the airline pilots who led the successful multi-billion dollar effort to have employees acquire a majority stake in United Airlines through an ESOP.

Rob has been involved in defending and settling significant ERISA fiduciary claims involving private plaintiffs and the Department of Labor. Additionally, he has done much work in advising on ERISA fiduciary matters for investment funds and plan fiduciaries. Corporate bankruptcies often require major support on benefits and executive compensation, and Rob has significant experience with PBGC, the federal agency that insures underfunded pensions when a plan sponsor fails, and dealing with multiemployer pension plan withdrawal liability.

Rob has provided employee benefit and executive compensation advice in connection with high-profile, multi-billion dollar and cutting-edge transactions, including:

MacAndrews & Forbes to Sell AM General to KPS Capital Partners

MacAndrews & Forbes to Sell AM General to KPS Capital Partners

Paul, Weiss is advising MacAndrews & Forbes Incorporated and certain of its affiliates in the sale of its portfolio company AM General to KPS Capital Partners.

Paul, Weiss advised Jack Cooper Ventures, Inc. and 18 of its subsidiaries and affiliates in their successful pre-negotiated restructuring transaction effecting the sale of the company’s assets to affiliates of certain prepetition…

Vertex to Be Acquired by DFW Capital

Vertex to Be Acquired by DFW Capital

Paul, Weiss is representing AccentCare, a portfolio company of Oak Hill Capital Partners, in its sale to Advent International.

Sabre to Be Acquired by TJC

Sabre to Be Acquired by TJC

Paul, Weiss is representing Kohlberg & Company, LLC in connection with the sale of Sabre Industries, Inc. to The Jordan Company, L.P. (TJC).

Paul, Weiss is representing Hexcel Corporation in its acquisition of ARC Technologies, Inc., a leading supplier of custom radio frequency and electromagnetic interference and microwave-absorbing composite materials for military,…

Paul, Weiss advised an ad hoc committee of secured noteholders and postpetition lenders in the successful chapter 11 reorganization of Tops Markets, LLC and its debtor affiliates.