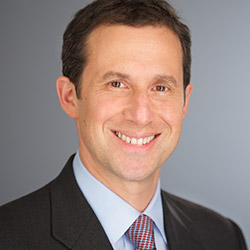 Roberto Finzi is a partner in the Litigation Department, co-chair of the White Collar & Regulatory Defense Group and a former federal prosecutor. His practice focuses on white collar matters, including grand jury and regulatory investigations, enforcement proceedings and internal investigations. Since his return from government service in 2006, he has represented individuals and organizations a variety of law enforcement initiatives, including prosecutions and investigations involving insider trading, accounting fraud, criminal anti-trust, violations of the Foreign Corrupt Practices Act and health care fraud. His practice also includes providing counsel to clients on all areas of criminal and regulatory investigations and enforcement proceedings. He regularly represents indigent defendants in pro bono criminal matters. Clients have recognized Roberto as a "tremendous lawyer" adding that he is "careful, strategic and upbeat."

Between February of 1999 and his return to Paul, Weiss in January of 2006, Roberto was an Assistant United States Attorney in the United States Attorney’s Office for the Southern District of New York. In his seven years as a federal prosecutor, Roberto handled a wide variety of criminal investigations and prosecutions, conducting numerous jury trials in the district court and briefing and arguing numerous appeals before the Second Circuit. In 2003, Roberto became a member of the Southern District’s Securities & Commodities Frauds Task Force. In that role, he investigated and tried a variety of cases involving, among other things, accounting fraud, investment advisor fraud and market manipulation. Roberto is recognized by Chambers USA as a leading lawyer in Litigation: White-Collar Crime & Government Investigations and by Legal 500 in Dispute Resolution – Corporate Investigations and White Collar Criminal Defense.

Roberto served as an articles editor for the Cornell Law Review and as a law clerk to the Honorable Joseph L. Tauro, United States District Judge in Boston, Massachusetts.

Gurbir Grewal, the SEC’s new Director of Enforcement, recently announced that he intends to recommend “aggressive” use of available remedies in enforcement actions, including requiring admissions of wrongdoing in certain cases.…

Litigation partners Roberto Finzi and Richard Tarlowe were recognized by The American Lawyer for achieving a “remarkable” turnaround in a white collar case.

Paul, Weiss was recognized by the Compassionate Release Clearinghouse of the National Association of Criminal Defense Lawyers (NACDL) with a “Win of the Week.”

Litigation partner Roberto Finzi has been selected to receive the Equalizer Award at the Gideon’s Promise event, “A Night to Celebrate.”

The Legal Aid Society (LAS) honored Paul, Weiss as a recipient of their 2014 Pro Bono Publico Awards for outstanding service to LAS and its clients. Every year, LAS recognizes the work of volunteer lawyers, law firms,…