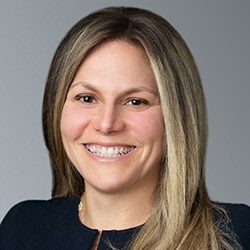 A partner in the Litigation Department, Staci Yablon is an experienced litigator who has successfully guided international financial institutions and global corporations through complex commercial disputes, securities litigation, white collar and regulatory matters, and government and internal investigations. Staci advises her clients on a wide range of issues, including collusion/antitrust laws, alleged violations of the Foreign Corrupt Practices Act (FCPA), and economic and trade sanctions.
A large portion of Staci’s practice involves representation of leading financial institutions in litigations and government investigations. She has helped these clients navigate investigations conducted by the Securities and Exchange Commission, the Department of Justice, the Commodity Futures Trading Commission, and the Department of Treasury’s Office of Foreign Asset Control. In addition, she also advises clients on compliance-related matters, and on economic sanctions and anti-corruption matters in connection with potential mergers and acquisitions; and provides counsel on compliance matters, including enhancements to compliance programs that can help clients avoid government investigations or mitigate potential liability.

Staci has also worked on several pro bono matters, including the representation of a death row inmate in his habeas proceedings, a New York dance studio in its attempt to reopen amidst COVID requirements, and an elderly woman in an Article 78 proceeding.

Robert Y. Sperling and Staci Yablon have joined the firm as partners in the Litigation Department, resident in New York.