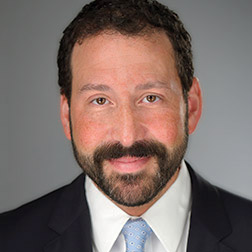 A partner and a deputy chair of the Corporate Department, Steven J. Williams is a member of the firm's Mergers and Acquisitions Group. Steven has extensive experience with public company transactions, leveraged buy-outs, mergers-of-equals, board representations and special committee representations, as well as with private equity and venture capital transactions, auctions, joint ventures, carve-outs, spin-outs and restructuring transactions. He is active in contested matters, representing targets in proxy fights, consent solicitations, tender offers and other unsolicited transactions. In addition, Steven has broad expertise in acquisitions and sales of asset management and other financial services firms.

Steven served as a notes editor of the Columbia Law Review and was a James Kent Scholar and a Harlan Fiske Stone Scholar. Steven is the recipient of a Legal Aid Society award for outstanding pro bono representation. Steven is a member of the advisory board of the Harvard Law School Program on Corporate Governance.

Steven is recognized as a leading lawyer for his work on “M&A: Large Deals ($1bn+)” and as a recommended lawyer for “Shareholder Activism: Advice to Boards” by The Legal 500. Steven was featured as one of Lawdragon’s “500 Leading Dealmakers in America” for 2022.

The SEC has proposed long-awaited amendments to modernize Schedule 13D and 13G beneficial ownership reporting that would significantly enhance disclosure around bloc holdings, including by activist hedge funds.  Among other things,…

Paul, Weiss client Harbinger Group, Inc. was recognized with "The Oil and Gas Financial Journal Transaction of the Year Award (under $1bn transaction value)" at the 2013 Southwest Oil & Gas Awards for the its MLP joint…