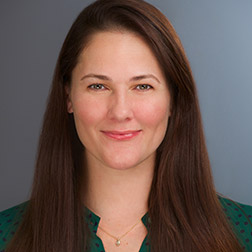 A partner in the Litigation Department, Susanna serves as co-chair of the Securities Litigation and Enforcement Group. The Group has been named Securities Litigation Department of the Year by The American Lawyer, The New York Law Journal, Benchmark Litigation, Law360 and U.S. News and World Report. The American Lawyer called the practice “big, powerful and swaggering,” noting that “no other firm matched the number and magnitude of headline making securities litigation.”

Noted by clients as an “exceptional lawyer” who has a “keen understanding of exactly what [they] need, and a laser focus on delivering it,” Susanna has extensive experience handling a broad range of matters, with particular emphasis defending financial institutions and corporations in complex securities and commercial matters in federal and state courts across the country. She also regularly represents clients before the Securities and Exchange Commission, the Department of Justice and numerous other federal and state regulatory authorities.

Susanna has been recognized by numerous publications and directories. She is a three-time Law360 Banking MVP (2018, 2020, 2022), was recognized by Law360 in 2016 as one of “The 25 Most Influential Women in Securities Law,” and was selected to Law360’s 2010 list of 10 Securities Lawyers Under 50 to watch. In 2019, Susanna was named to Crain’s Notable Women in Law, which celebrates talented female attorneys in the New York City metropolitan area. In 2018, she was recognized by Lawdragon in its list of 31 “Legends” and has been included in its list of “500 Leading Lawyers” for over a decade. Susanna is ranked by Chambers USA in the Litigation: Securities (NY) category and by Legal 500 US as a “Leading Lawyer” in the Securities Litigation: Defense and Financial Services Litigation categories. She is also ranked by Benchmark Litigation as a “National Practice Area Star” and “Local Litigation Star (NY),” and, since 2017, has been included in the publication’s list of Top 250 Women in Litigation.

Susanna's current and recent representations include:

Susanna also has represented numerous syndicates of underwriters in Securities Act class actions arising from public offerings of debt and equity, including:

Susanna served as articles editor of the Columbia Law Review and was a Harlan Fiske Stone Scholar. She is an adjunct lecturer in law at Columbia Law School and currently teaches a course in trial practice.

Paul, Weiss won the dismissal of a putative class action in the Eastern District of New York arising out of the January 2020 IPO of Lizhi Inc., a Chinese social audio platform.

Paul, Weiss won the dismissal, with prejudice, of a putative class action in the Southern District of New York arising out of the January 2021 IPO of RLX Technology, Inc., a Chinese e-cigarette company.

The Ninth Circuit recently affirmed the dismissal of a California shareholder derivative lawsuit  against Gap Inc.’s directors and officers.

The Consumer Financial Protection Bureau recently announced its intent to target discriminatory conduct as an “unfair” practice under its authority to pursue violations of unfair, deceptive or abusive acts or practices (UDAAPs),…

Paul, Weiss won the dismissal of securities fraud claims brought against our clients, underwriters of an IPO by China-based company Canaan Inc., which manufactures computer hardware used for mining Bitcoin.

Paul, Weiss achieved a significant victory for Morgan Stanley by securing the dismissal of all claims in an antitrust class action.

Litigation partner Susanna Buergel was recognized as a Law360 2022 “MVP” in the Banking category.

Litigation partner Susanna Buergel was honored with a Law360 2020 MVP Award in the Banking category.