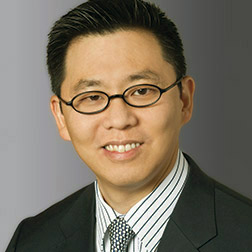 A partner in the Corporate Department, Tong focuses on representing Japanese and other Asian companies in connection with global capital markets transactions and cross-border mergers and acquisitions transactions. Tong is resident in the firm’s Tokyo office and is registered as a gaikokuho jimu bengoshi in Japan.

In the capital markets and securities area, Tong has represented both U.S. and non-U.S. issuers and underwriters in connection with initial public offerings, secondary offerings, debt offerings (investment grade and high-yield debt, and hybrid capital securities), exchange offers and multi-jurisdictional tender offers. He has been involved in transactions relating to issuers in the United States, Canada, Germany, Greece, China, Japan and Korea. Tong’s major representations include:

Tong’s work has earned him recognition as a leading lawyer in Japan by Chambers and Partners, Legal 500, IFLR1000, Best Lawyers and Who’s Who Legal. He has authored several articles and memoranda, including:

Paul, Weiss advised General Atlantic in its investment in Biotheus, a Chinese clinical-stage biotechnology company which focuses on antibody-based therapeutics, in a financing round. General Atlantic co-led this round of financing…

The staff of the SEC’s Division of Corporation Finance recently issued CF Disclosure Guidance Topic No. 10 regarding certain disclosure considerations for companies based, or with the majority of their operations, in China. In the…

The SEC has adopted amendments to the financial disclosure requirements of Regulation S-K, including the requirements governing the presentation of Management’s Discussion and Analysis. These amendments are a part of the SEC’s…

The SEC recently settled charges against BMW AG and two of its U.S. subsidiaries for inaccurate and misleading disclosures included in offering memoranda for Rule 144A offerings of bonds in the United States. The enforcement action…

On August 6, the President’s Working Group on Financial Markets released its report in response to President Trump’s mandate that it set forth recommendations to address the continued constraints on access by the Public Company…

In response to the political impasse over access by U.S. regulators to information relating to U.S.-listed Chinese companies and, in particular, access by the Public Company Accounting Oversight Board to work papers relating to the…

On May 20, 2020, the SEC adopted final rules amending Regulation S-X to streamline the information that SEC registrants must disclose in connection with significant acquisitions of other businesses as well as dispositions.

Paul, Weiss was recognized in two categories at the Asian Legal Business Japan Law Awards, including “Debt Market Deal of the Year” for our role in advising Mitsubishi UFJ Financial Group’s TLAC Bond Issuance, and “M&A Deal of the …

Paul, Weiss was shortlisted in seven categories by Asian Legal Business, a publication of Thomson Reuters, as part of the 2017 ALB Japan Law Awards.

Paul, Weiss Ranked #1 by Thomson Reuters and #2 by Bloomberg and Mergermarket in Deal Volume in Japan

Paul, Weiss Ranked #1 by Thomson Reuters and #2 by Bloomberg and Mergermarket in Deal Volume in Japan

As noted in The Asian Lawyer, a publication of The American Lawyer, Paul, Weiss was ranked number 1 in deal volume in Japan in M&A league tables published by Thomson Reuters and number 2 by Bloomberg and Mergermarket in the first…

Paul, Weiss Awarded Deal of the Year by Asian-mena Counsel

Paul, Weiss Awarded Deal of the Year by Asian-mena Counsel

Paul, Weiss was awarded a 2016 “Deal of the Year” by Asian-mena Counsel for our involvement as international counsel in MUFG’s groundbreaking TLAC (total loss-absorbing capacity) bond offering