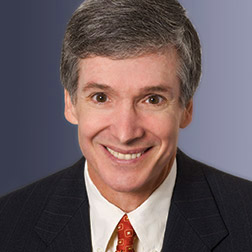 Walter Ricciardi has extensive experience defending a broad variety of investigations conducted by the U.S. Securities and Exchange Commission, the Public Company Accounting Oversight Board and other regulatory authorities. Additionally, he has conducted several internal investigations for public companies and audit committees, including investigations related to allegations of accounting and financial fraud.

Prior to joining Paul, Weiss in June 2008, Walter was the Deputy Director of the SEC's Division of Enforcement, where he supervised many of the Commission's most significant investigations related to financial fraud, insider trading, investment advisers and broker-dealers.

Walter has served as lead counsel on the following regulatory defense matters:

Prior to joining Paul, Weiss and starting in June 2008, Walter was appointed to run the SEC's Boston office, which was responsible for enforcement and examination programs for the New England region. He was appointed as Deputy Director of the SEC's Division of Enforcement in October 2005, and his duties included managing the enforcement efforts of the Commission's eleven regional offices. Upon his departure from the SEC, the Commission's chairman stated that “Walter Ricciardi, as much as anyone in the Commission's modern history, has professionalized the management of the SEC's enforcement program.” The Wall Street Journal reported that his departure from the SEC was a “blow to the enforcement program - he has won the affections of the staff and has boosted morale.”

Prior to joining the SEC, Walter spent 20 years with PricewaterhouseCoopers and its predecessor, Coopers & Lybrand, where he was in charge of defending the firm's litigation and regulatory matters. While at PwC, he was elected by his partners to serve on the firm's board, which is responsible for overseeing the management of the firm. He was also elected by the partners to serve on the Global Oversight Board of the PwC global organization.

Since joining Paul, Weiss, Walter was appointed and served a three-year term from 2012 to 2014, on the Public Company Accounting Oversight Board's Standing Advisory Group (“SAG”). The role of the SAG is to assist the Board in reviewing existing auditing and related professional practice standards and evaluating proposed standards, and to recommend to the Board new or amended standards. Walter was a member of the Independent Standards Council of the Sustainability Accounting Standards Board (“SASB”) which oversees the development of SASB's sustainability accounting standards from January 2015 to March 2016.

Walter lectures and writes extensively on securities litigation and regulatory issues. As an Adjunct Professor at New York University School of Law, he teaches a seminar on issues in SEC enforcement.

Walter is recognized as a leading individual for (Nationwide) Securities: Regulation: Enforcement in Chambers USA (2013-2022), for Financial Services: Litigation by The Legal 500 US (2017), recognized by his peers in U.S. News & World Report/“Best Lawyers”(2011-2019) for Corporate Governance Law, Litigation - Securities and Securities Regulation and was selected to Securities Docket's 2013 “Enforcement 40” list, a list of the best and brightest securities enforcement defense lawyers. He served as a note and comment editor of the New York University Law Review.

The Supreme Court held on June 22 that the SEC may seek disgorgement in enforcement actions, as long as the disgorgement does not exceed a wrongdoer’s net profits and is to be awarded for victims.

Royalty Pharma Raises $2.2 Billion in Largest IPO of the Year to Date

Royalty Pharma Raises $2.2 Billion in Largest IPO of the Year to Date

MagnaChip to Sell Its Foundry Business

MagnaChip to Sell Its Foundry Business

Paul, Weiss is advising MagnaChip Semiconductor Corporation in the sale of its Foundry Services Group and the fabrication plant in Cheongju, Korea by certain of the company’s wholly-owned subsidiaries to a special purpose company…

Paul, Weiss represented Deloitte & Touche Chartered Accountants, Deloitte’s Zimbabwe affiliate, in the favorable resolution of an investigation into its work auditing the local operations of a U.S. issuer for BDO Canada LLP, the…

Paul, Weiss and co-counsel ACLU and ACLU of New Jersey filed a habeas petition and class action complaint in the District of New Jersey on behalf of a group of Indonesian Christians seeking to avoid deportation. That same evening,…

The ACLU of New Jersey awarded Paul, Weiss a Legal Leadership Award for the firm’s key role in one of the most influential immigrants’ rights cases during the Trump Administration.