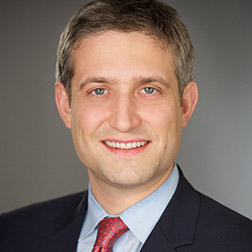 A partner in the Litigation Department, William (“Billy”) Clareman represents clients in a range of bankruptcy and restructuring matters, and complex securities and commercial disputes.

Billy was named to the 2022 Lawdragon “500 Leading U.S. Bankruptcy and Restructuring Lawyers List” and Benchmark Litigation’s 2019 “40 & Under Hot List – Northeast,” which recognizes the top up-and-coming talent in their respective litigation communities in the U.S. and Canada. Billy also maintains an active pro bono practice, including a successful representation in New York State Court of an indigent man wrongfully convicted of murder. Billy was part of a team that successfully overturned the conviction on appeal, and subsequently obtained an acquittal on all counts at trial.

Litigation partner Chris Boehning was interviewed by The American Lawyer’s Ross Todd about the important contributions of a more than 50-lawyer Paul, Weiss team to the success of the wrongful death class action against Remington Arms…

Paul, Weiss advised funds managed by affiliates of Apollo Global Management, Inc. in their acquisition of Global IID Holdco, LLC and its subsidiaries, including 1A Smart Start, LLC.