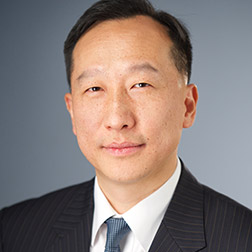 A partner in the Corporate Department, Greg Liu is based out of the firm’s China offices in Beijing and Hong Kong.

Selected public and private M&A transactions Greg has worked on include:

Greg’s work has earned him recognition as a leading lawyer in China by Chambers & Partners, IFLR1000, China Law & Practice, Asia Law and Who’s Who Legal. Greg has been listed on China Business Law Journal’s annual “A List” for 2019 and was consecutively named as one of 2018 and 2017 Top M&A Lawyers in China by Asian Legal Business, a Thomson Reuters publication. In addition, Greg was nominated as a finalist for Dealmaker of the Year - International by Asian Legal Business China Law Awards in 2016 and 2017.

Magnachip to be Acquired by Wise Road Capital in $1.4 Billion Buyout

Magnachip to be Acquired by Wise Road Capital in $1.4 Billion Buyout

Paul, Weiss is advising South Korea-based Magnachip Semiconductor Corporation in its $1.4 billion take-private sale to investment vehicles established by Wise Road Capital LTD and certain of its limited partners. Magnachip is a…

In this annual review, we survey U.S. economic sanctions and anti-money laundering regulatory and enforcement developments in 2020 and provide an outlook for the year ahead under the new administration.

Corporate partner Greg Liu have been listed on China Business Law Journal’s annual "A List" for 2019.

Paul, Weiss has been named as a finalist in four categories as part of the 2017 Asia Legal Business China Law Awards.

Paul, Weiss was awarded “Deal of the Year – Capital Markets” by the Asia Business Law Journal for our role in representing IDG Capital and its portfolio company Titan Gas Technology Investment in Shun Cheong’s reverse takeover and new …

Paul, Weiss has been selected as a finalist in five categories of the 2016 Asian Legal Business  China Law Awards.

The Asian Lawyer has shortlisted Paul, Weiss as a finalist for an Asia Legal Award in the "M&A Deal of the Year: North Asia" category for the firm's involvement in Universal Studios' $3.3 billion Beijing theme park.