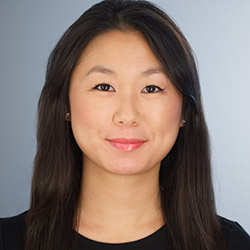 Alice Nofzinger to Participate in Ms. JD Conference on Women in Law

Alice Nofzinger to Participate in Ms. JD Conference on Women in Law

Restructuring associate Alice Nofzinger will host a fireside chat, “Advice to My Younger Me,” at the Ms. JD 14th Annual Conference on Women in Law, which promotes success for aspiring young women lawyers.

Throughout the summer and fall of 2021, Paul, Weiss has dedicated substantial efforts to help individuals and small businesses obtain critical pandemic-related relief in the form of rental assistance, employment-related financial…

A Texas federal bankruptcy court recently dismissed the National Rifle Association of America’s chapter 11 cases, finding that the NRA filed for bankruptcy for the purpose of gaining an unfair litigation advantage in the New York…

The U.S. Court of Appeals for the Third Circuit recently issued a decision affirming that the mutuality requirement of section 553(a) of the Bankruptcy Code must be strictly construed and, therefore, that triangular setoffs are not…