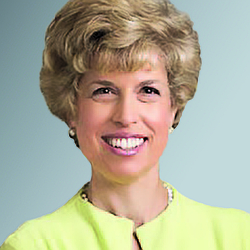 A counsel in the Litigation Department, Amy focuses her practice on complex commercial litigation, with an emphasis on antitrust. She represents Fortune 500 companies in antitrust matters as plaintiffs and defendants in both federal and state courts at the trial and appellate levels, and in other high-stakes commercial disputes.

Clients rely on Amy’s ability to develop and evaluate the facts and legal theories in cases, assess their relative strengths and weaknesses, and coordinate all aspects of major litigation matters. She provides strategic guidance to achieve favorable outcomes in all phases of litigation, from preparing or responding to a complaint through appeal.

Examples of Amy’s significant matters include:

In addition to her litigation work, Amy provides strategic counseling to clients on how to improve their practices based on lessons learned during the course of litigation, as well as on the contours of the attorney-client and work product privileges. She has participated in presentations to the U.S. Department of Justice and the Federal Trade Commission on antitrust issues on behalf of clients. Her antitrust work has been recognized by Global Competition Review. Amy currently serves as chair of the board of the Lowell School in Washington, D.C.