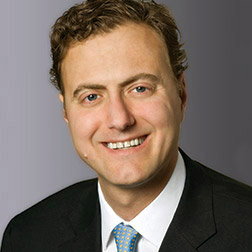 A partner in the Litigation Department and co-chair of the Securities Litigation and Enforcement Group, Andrew Ehrlich has experience representing clients in a broad variety of complex commercial litigation matters, specializing in securities litigation and regulatory defense. Andrew regularly represents public companies and their boards in shareholder and governance litigation of all kinds. He also has deep expertise representing alternative asset managers, who turn to him for their most challenging litigation and enforcement matters affecting investment advisers, transactions and portfolio companies. Andrew has an outstanding record of victories in significant high-stakes trials in state and federal courts, as well as before arbitration tribunals.

Andrew has represented clients in a wide range of their most demanding contested matters.  A range of his representative matters in recent years include:

Andrew has substantial trial experience in very significant contested commercial matters.  In addition to the matters mentioned above, in recent years Andrew:

Andrew maintains an active pro bono practice. He was part of the Paul, Weiss team that represented Edith Windsor in the landmark case United States v. Windsor, in which the United States Supreme Court struck down a key provision of the Defense of Marriage Act in 2013. Currently, together with the Anti-Defamation League and States United Democracy Center, Andrew represents the District of Columbia in a claim for damages against the Proud Boys and Oath Keepers for harm to police officers during the January 6 attack on the U.S. Capitol; and with the Lawyers Committee for Civil Rights under Law, Andrew represents the historic Metropolitan AME Church in a case against the Proud Boys for trespass and damage relating to the Church’s support of the Black Lives Matter movement. Andrew has, for 19 years, served as lead counsel in a post-conviction proceeding on behalf of an individual on Alabama’s death row. Andrew is a director of Volunteers of Legal Services and the Citizens Budget Commission.

Andrew served as the articles and commentaries chair of the Harvard Law Review and was an oralist on the winning team of the Ames Court Competition at Harvard Law School in 2000.

Paul, Weiss secured a Seventh Circuit affirmance of the 2020 dismissal, with prejudice, of a putative securities class action brought against our client Oaktree Capital Management, L.P. over Oaktree’s investment in Tribune Media…

The Ninth Circuit recently affirmed the dismissal of a California shareholder derivative lawsuit  against Gap Inc.’s directors and officers.