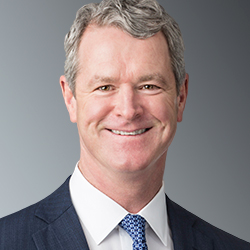 Of counsel in the Corporate Department and a member of the Canadian Practice Group, Andrew primarily practices in capital markets. Andrew works in Paul, Weiss's New York office and is recognized as a leading lawyer by The Legal 500 and Chambers Global. Andrew is a member of the Risk Oversight Governance Board of CPA Canada and a member of the University of Toronto Law Alumni Council. He has served as the U.S. legal representative to the Ontario Securities Commission’s Securities Advisory Council and has been an Adjunct Professor of Law at the McGill University Faculty of Law.

In addition, Andrew has recently represented:

The following is our summary of significant U.S. legal and regulatory developments during the first quarter of 2022 of interest to Canadian companies and their advisors.

The following is our summary of significant 2021 U.S. legal and regulatory developments of interest to Canadian companies and their advisors. The first section below covers key developments from the fourth quarter of 2021; the second…

Paul, Weiss advised funds affiliated with Apollo Global Management in their acquisition of the Kem One Group.

The following is our summary of significant U.S. legal and regulatory developments during the third quarter of 2021 of interest to Canadian companies and their advisors.