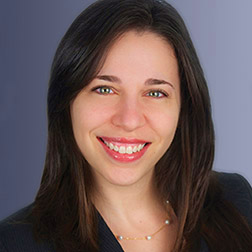 Co-chair of the Securities Litigation and Enforcement Group and a member of the firm’s Management Committee, Audra J. Soloway focuses her practice on securities litigation, corporate internal investigations and enforcement proceedings and regulatory defense. Audra has extensive experience representing companies and their officers and directors in shareholder class actions, derivative litigations and individual actions, as well as arbitrations. Audra also represents clients in investigations and enforcement proceedings brought by the Securities Exchange Commission and state securities regulators.

Audra also speaks and writes extensively about the federal securities laws. She has authored dozens of articles, and is a co-author of the treatise Federal Securities Litigation: A Deskbook for the Practitioner, 3rd edition. She also serves as Co-Chair of the New York City Bar Securities Litigation Committee.

In 2022, Audra was named Securities Litigator of the Year by Euromoney’s Women in Business Law Awards and was selected as a Securities MVP by Law360, a recognition that she also received in 2017. In 2017, Audra was also featured in Crain’s New York Business’ inaugural list of Leading Women Lawyers in New York City, which celebrates talented female attorneys in the New York City metropolitan area. Audra is ranked in Chambers USA for New York Securities Litigation, where clients report that she is “a great strategist” who is “brilliant to work with” and is "an encyclopedia of the securities laws and a dogged advocate with very good judgment.” She is also ranked by Legal 500 US for Securities Litigation – Defense and Financial Services Litigation, in Benchmark Litigation, and listed in Lawdragon’s 2022 and 2023 “500 Leading Lawyers in America.”

Significant representations of corporations and boards of directors in securities litigation, including:

Representations of numerous syndicates of underwriters, in Securities Act class actions arising from public offerings of debt and equity, including:

Audra is also active in pro bono work and the community. She co-chairs the firm’s Public Matters Committee and oversees our Community Outreach Program, “Paul, Weiss Cares.” She devotes hundreds of hours each year to pro bono work, and has secured important victories in particular for organizations and families involved in the New York City child welfare system. Audra also serves on the Board of Directors of The Legal Aid Society and the City Bar Fund.

We summarize significant 2022 U.S. legal and regulatory developments of interest to Canadian companies and their advisors.

Paul, Weiss was recognized for its commitment to family defense work and its long-term partnership with Brooklyn Defender Services at the Brooklyn Defenders’ 15th Anniversary Family Defense Benefit.

Litigation partner Audra Soloway was recognized as a Law360 2022 “MVP” in the Securities category.

Audra Soloway Named “Securities Litigator of the Year” by Euromoney

Audra Soloway Named “Securities Litigator of the Year” by Euromoney

Litigation partner Audra Soloway was recognized as “Securities Litigator of the Year” in Euromoney’s 2022 Women in Business Law Americas Awards.

Litigation partner Audra Soloway has been shortlisted for both “Litigator of the Year” and “Securities Lawyer of the Year” in Euromoney’s 2022 Women in Business Law America Awards.