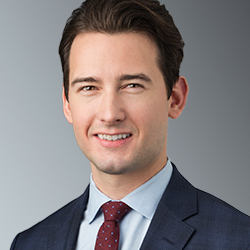 Brian served as an articles editor for the New York University Law Review.

The U.S. Bankruptcy Court for the Southern District of Texas recently held that indenture trustees must satisfy the “substantial contribution” standard to obtain administrative expense status for their fees and expenses incurred in a…