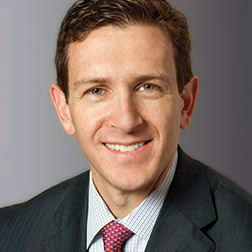 Deputy Chair of the Restructuring Department and a member of the firm’s Management Committee, Brian focuses on a range of restructuring and bankruptcy matters for both borrower and lender clients. He has extensive experience representing clients in complex out-of-court restructurings and chapter 11 cases nationwide and across various industries and routinely represents clients in complex litigation arising out of chapter 11. A member of the Media, Sports and Entertainment Group, he also has developed a sub-specialty working on a number of music, media and entertainment company restructurings and related matters.

Brian is recognized by Chambers USA, in which clients praise him as “an excellent lawyer with a diverse practice and a measured approach” through his “tremendously good judgment.” He is recognized as a “Leading Lawyer” by The Legal 500, a “Thought Leader” by Who’s Who Legal and a highly regarded practitioner by The Best Lawyers in America, and he was named in Lawdragon’s “500 Leading US Bankruptcy & Restructuring Lawyers.” Brian is also listed as a Featured Dealmaker in The Deal’s Bankruptcy Law Firm Power Rankings for individual lawyers.

Brian is frequently commended for his exceptional work on high profile matters such as the chapter 11 cases of Frontier Communications and the prepackaged chapter 11 cases of Carlson Travel, which were awarded the “Chapter 11 Restructuring (Mega)” award and the “Pre-Pack Restructuring (Large)” award by The Turnaround Atlas Awards 2022, respectively. Brian also received high praise when he advised an ad hoc committee of senior secured noteholders in the successful chapter 11 reorganization of Gibson Brands, Inc., which was recognized as Turnaround Management Association’s 2019 “Mid-Size Company Transaction of the Year” and Private Debt Investor’s 2018 “Distressed Deal of the Year.” Brian was named an American Lawyer 2018 “Dealmaker of the Year” for his work representing French oilfield services company CGG S.A. in its chapter 11 cases, among the largest restructurings in French history and the first-ever successful coordination of a French “Sauvegarde” proceeding with a U.S. chapter 11 case. The Financial Times commended Brian in its 2015 Innovative Lawyers report for his work advising Preferred Sands in connection with its out-of-court restructuring.

As a member of the Media, Sports and Entertainment Group, Brian has extensive experience working on a number of music, media and entertainment company restructurings and related matters, including:

On November 28, restructuring partner Brian Hermann participated in a panel, “The Economy and Current and Future Cases,” at the 29th Annual Distressed Investing Conference hosted by Beard Group, Inc. in New York City.

Restructuring Co-Chair Alan Kornberg was recognized as a leader in the restructuring community and advocate for pro bono work at the Her Justice 2022 Annual Photography Auction & Benefit.

Restructuring partner Brian Hermann has been elected a Fellow of the prestigious American College of Bankruptcy (ACB).

Bankruptcy partner Brian Hermann has been named an American Lawyer “Dealmaker of the Year.”

Paul, Weiss Ranked Among Top Counsel to Creditors in the Energy Sector

Paul, Weiss Ranked Among Top Counsel to Creditors in the Energy Sector

Paul, Weiss was ranked third among the top firms in The Deal's Out-of-Court Restructuring League Tables, based on distressed companies that have announced financial restructurings for the first quarter of 2016.