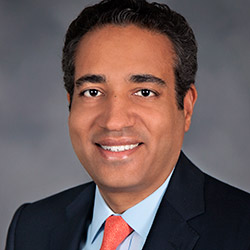 David also maintains an active pro bono practice. Recently, he led a team that helped to exonerate Pablo Fernandez, an innocent man who spent 24 years in prison in New York for a murder that he did not commit.  He has represented other criminal defendants in proceedings seeking clemency and post-conviction relief.  He has also represented charter schools in New York City in litigations concerning shared space in Department of Education buildings.

In 2013, David served as a member of the Panel for Educational Policy, the successor entity to the New York City Board of Education, as an appointee of former Mayor Michael Bloomberg.

David is recognized by The Legal 500 for his work in General Commercial Disputes.

The U.S. Department of Labor recently announced a final rule, effective September 28, rescinding a Trump-era rule that narrowed the criteria under which multiple entities could be deemed “joint employers” under the Fair Labor…

Paul, Weiss won an appeal at the Eleventh Circuit on behalf of a pro bono client allowing him to argue his case for reduced sentencing under the First Step Act.

On February 26, 2020, the U.S. District Court for the District of Connecticut entered a judgment of acquittal for Lawrence Hoskins on all Foreign Corrupt Practices Act (“FCPA”) charges.[1] The ruling partly overturns a jury’s verdict…

On February 26, 2020, the National Labor Relations Board (the “NLRB” or the “Board”) announced its final rule (the “Final Rule”)[1] establishing the standard for determining whether an entity should be considered a joint employer…

The U.S. Department of Labor announced its final rule setting out a four-part balancing test for determining whether a person or entity is a “joint employer” under the Fair Labor Standards Act when an employee performs work for one…

Paul, Weiss secured a major victory for Bruce Gordon, the former lead independent director of the board of CBS Corporation, in a putative securities class action arising from former CEO and Chairman Leslie Moonves’ and others’ sexual…

On November 22, 2019, the Department of Justice announced that it had reached a resolution with Samsung Heavy Industries Company Ltd. (“SHI”) relating to a scheme to pay millions of dollars in bribes to officials of Petróleo…

David Brown Named to Crain’s 40 Under 40

David Brown Named to Crain’s 40 Under 40

Crain's New York Business named litigation partner David Brown to its annual "40 Under 40" list, a list that recognizes 40 people who have achieved success in business before turning 40 years old.

Corporate partner Matthew Abbott and litigation partner David Brown were named to the New York Law Journal's list of "2013 Rising Stars." The list recognizes attorneys under the age of 40 who have "established a record of…