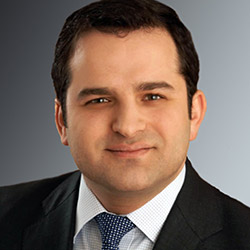 Jarrett R. Hoffman is a partner in the firm’s Executive Compensation Group. His practice focuses on the transactional aspects of executive compensation matters in the context of domestic and cross-border mergers, acquisitions, divestitures, public offerings and restructurings.

Jarrett has been recognized by Chambers USA as ”Up and Coming” for the Employee Benefits & Executive Compensation category. He was also recognized as a “Rising Star” in the Benefits category by Law360 (as one of the country’s top five executive compensation lawyers under 40) and a “Leading Corporate Employment Lawyer” by Lawdragon.

Some of his noteworthy work includes:

Other representative matters have included:

Jarrett is a member of the Board of Trustees of the University of Florida Levin College of Law.

Paul, Weiss advised General Atlantic in the formation and closing of its inaugural BeyondNetZero fund, a private equity fund that invests in growth companies delivering innovative climate solutions that have the potential to meet and…

Paul, Weiss is advising Apollo portfolio company Yahoo in its 30-year exclusive commercial agreement with Taboola, a global leader in powering recommendations for the open web.

Corporate partner Jarrett Hoffman was honored with a Law360 2021 Rising Stars Award in the Benefits category.

Three Paul, Weiss partners have been recognized as Law360 Rising Stars for 2021.