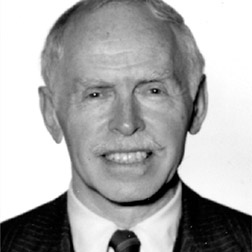 Of counsel in the Corporate Department, Jerome A. Cohen concentrates in business law relating to Asia and has long represented foreign companies in contract negotiations and dispute resolution in China, Vietnam and other countries in East Asia. He is also a law professor at New York University School of Law and a senior fellow for Asia Studies at the Council on Foreign Relations.

At NYU, he teaches courses on "Legal Problems of Doing Business With China and East Asia" and "International Law - East and West." He has published several books and articles on Chinese law as well as a general book, China Today, co-authored with his wife, Joan Lebold Cohen. In 1990 he published Investment Law and Practice in Vietnam.

Mr. Cohen was visiting law professor at Doshisha University in Kyoto in 1971-72 and an honorary law professor at the University of Hong Kong in 1979. From 1979 to 1981, he took part in various trade and investment contract negotiations and taught a course on international business law, in the Chinese language, for Beijing officials. Mr. Cohen has been advisor to the Government of Sichuan Province, China; chairman of the American Arbitration Association's China Conciliation Committee; a member of the Panel of Arbitrators of both the China International Economic and Trade Arbitration Commission and the China Securities Regulatory Commission in Beijing; a trustee of the China Institute in America; a trustee of the Carnegie Endowment for International Peace; and a director of the National Committee on U.S.-China Relations. He also formerly served as chairman of the New York/Beijing Friendship (Sister City) Committee, a trustee of The Asia Society, a corporate director of the Japan Society, the vice chairman of the Advisory Council for The Johns Hopkins-Nanjing University Joint Center in China and a member of the Board of Editors of both the China Quarterly and the American Journal of International Law. He continues to serve on the Advisory Board of Human Rights Watch - Asia.

Mr. Cohen was a Fulbright scholar in France from 1951 to 1952. He served as editor in chief of the Yale Law Journal. Following graduation, he served as an assistant U.S. attorney for the District of Columbia and was a consultant to the U.S. Senate Committee on Foreign Relations before beginning an academic career at the University of California School of Law at Berkeley. Mr. Cohen joined the faculty of Harvard Law School in 1964 where he served as Jeremiah J. Smith Professor, director of East Asian Legal Studies and Associate Dean. He remained there until he joined the firm in 1981.

Paul, Weiss celebrated its 30th anniversary in Hong Kong with a cocktail reception at the Hong Kong Club, in the building where its offices are located.

On May 18, corporate of counsel Jerome Cohen, a pioneering scholar of Chinese business and human rights law, was presented with his third degree from Yale University: an honorary Doctor of Law.