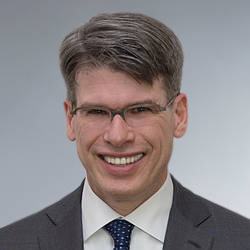 A partner in the Litigation Department, Josh Soven focuses on government antitrust investigations, antitrust litigation and counseling on competition issues. Described by Chambers USA as “extremely knowledgeable, an excellent strategist and a great communicator,” Josh represents leading companies before the Antitrust Division of the U.S. Department of Justice, the Federal Trade Commission and in the federal courts.

Josh has obtained approval of some of the highest-profile, most complex strategic transactions for numerous prominent companies. Among others, Josh advised:

Josh’s antitrust litigation experience ranges from M&A litigation to complex multidistrict litigations and class actions. Josh was lead counsel for Deutsche Telekom in connection with T-Mobile’s successful merger with Sprint, which was selected by Global Competition Review as the “Competition Matter of the Year” in 2020. He currently represents BNSF Railway in a number of cases involving allegations that railroads conspired to impose fuel surcharges on rail shippers.

Josh served in leadership and trial counsel roles in both the DOJ’s Antitrust Division and the FTC. From 2007 to 2012, Josh was Chief of the Litigation I Section of the DOJ’s Antitrust Division (now the Healthcare and Consumer Products Section), where he directed all of the division’s investigations and litigation challenges in the health insurance, hospital, consumer products, packaging, beer and dairy sectors. In addition, Josh served as a trial attorney in the division’s Networks and Technologies Section, where he directed investigations in the software, electronic payment systems and financial services fields.

From 2004 to 2007, Josh was an Attorney Advisor to FTC Chairman Deborah Platt Majoras on antitrust enforcement and policy matters. Earlier in his career, he was a special assistant in the U.S. Attorney’s Office in Alexandria. Josh also served as a law clerk for the Honorable Robert G. Doumar, U.S. District Court for the Eastern District of Virginia.

Josh is consistently named among the nation’s top antitrust attorneys by Chambers USA in the Antitrust – District of Columbia category. Clients commented that he “brings deep prior experience in senior positions at both the FTC and DOJ to his highly regarded antitrust practice.” He is regularly listed as a leading antitrust lawyer by Best Lawyers. In 2015, he was recognized as an “Antitrust Trailblazer” by The National Law Journal for his merger clearance achievements.

Josh is currently an editor of the American Bar Association’s Antitrust Magazine, and is a former editor of the ABA’s Antitrust Law Journal. He has spoken at many conferences on antitrust enforcement issues and served as a lecturer at the Kellogg School of Management at Northwestern University, where he co-taught a course on strategy and competition policy in the healthcare sector.