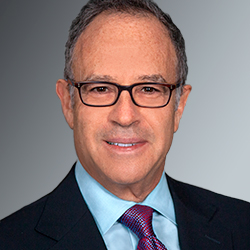 A partner in the Corporate Department, Ken Schneider is go-to counsel to top asset managers and public and private companies in their most significant M&A and other corporate transactions. Over nearly four decades, all spent at Paul, Weiss, he has also amassed substantial experience in restructurings and has developed a significant practice representing buyers and sellers of financially distressed and bankrupt companies. Ken also has considerable experience in buying and selling interests in alternative investment managers, as well as particular expertise in sports and entertainment transactions.

Ken has been recognized by The Legal 500 for his work in private equity buyouts.

As part of the firm’s pro bono efforts in response to the COVID-19 pandemic, Paul, Weiss lawyers played an integral role in the work of the New Jersey Pandemic Relief Fund (NJPRF) over the past ten months.

In a deal uniting two of the New York region’s iconic grocery chains, Paul, Weiss is representing Tops Markets in its merger with Price Chopper/Market 32.