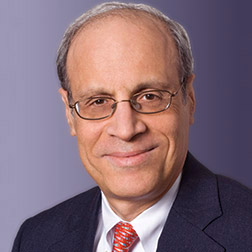 A partner in the Litigation Department, Lew Clayton is a deeply experienced trial lawyer whose strength in the courtroom has yielded consistently favorable outcomes for his clients in their most significant commercial disputes. Lew handles a range of high-profile matters, including pre- and post-closing M&A litigation, including appraisal litigation; contested bankruptcy matters; high-value contract and employment disputes; the defense of securities and other fraud allegations; and a variety of regulatory investigations. Clients have recognized Lew as “the most impressive litigator I have witnessed; he has great judgment, understands business implications and is extremely knowledgeable.”

Lew has consistently received accolades and recognitions throughout his four-decade career, particularly for his trial achievements. He has twice been named “Litigator of the Week” by The American Lawyer, including for his recent trial and appellate victory on behalf of Fresenius SE in a precedent-setting M&A lawsuit in Delaware, and was named a 2019 “Winning Litigator” by The National Law Journal. He previously won “Litigator of the Week” for his groundbreaking work resolving a high-stakes actuarial malpractice case on behalf of the Alaska Retirement Management Board. Lew is highly regarded nationally by Chambers USA, The Legal 500 and Best Lawyers in the areas of intellectual property, copyright, ERISA and commercial litigation, with clients noting that Lew “is truly exceptional at getting results.”

Lew has advised a wide range of publicly listed companies, financial institutions, hedge funds, and private equity firms and their portfolio companies. He has also represented prominent individual executives and public figures facing fraud and other allegations, as well as in libel matters.

In addition to his deals-focused and bankruptcy-focused litigation practice, Lew regularly advises boards on fiduciary duty, governance and litigation issues in acquisitions, creditor disputes and recapitalizations. He is highly regarded in the area of intellectual property litigation, including advertising and defamation matters, and ERISA litigation.

Representative IP and advertising litigations include:

Lew previously served as chair and co-chair of the Committee on Intellectual Property of the Commercial and Federal Litigation Section of the New York State Bar Association. He is a regular contributor to the New York Law Journal and the National Law Journal, where he writes a column on intellectual property litigation. He serves on Paul, Weiss’s Technology Committee.

President Biden has laid out a first-of-its-kind “whole of government” approach to supporting digital asset innovation and mitigating its risks, prompted by the explosive growth of cryptocurrency and blockchain technology.

Paul, Weiss is advising Carrier Global Corporation, the leading global provider of healthy, safe, sustainable and intelligent building and cold chain solutions, in the sale of its Chubb fire and security business to APi Group…

Paul, Weiss is advising the independent directors of Far Peak Acquisition Corporation in its combination with Bullish, a technology company focused on developing financial services for the digital assets sector.

Paul, Weiss achieved a victory for Shutterfly, Inc. when the U.S. Court of Appeals for the Third Circuit unanimously affirmed dismissal of a securities lawsuit against Shutterfly and certain of its officers and directors challenging…

Litigation partner Lew Clayton was recognized as one of The National Law Journal’s “Winning Litigators” in its 2019 special report.

Litigation partner Lew Clayton was named “Litigator of the Week” by The American Lawyer following a victory by Lew and litigation partners Andrew Gordon, Susanna Buergel and Moses Silverman in a seminal M&A case on behalf of Paul, …