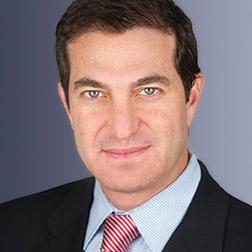 A partner in the Litigation Department, Mark Mendelsohn is Chair of the Anti-Corruption & FCPA Group, and a member of the White Collar and Regulatory Defense, Internal Investigations and Securities Litigation Practice Groups. Prior to joining Paul, Weiss, Mark served as the deputy chief of the Fraud Section of the Criminal Division of the United States Department of Justice (DOJ), and is internationally acknowledged and respected as the architect and key enforcement official of DOJ’s modern Foreign Corrupt Practices Act (FCPA) enforcement program.

As deputy chief of the Fraud Section from 2005 to 2010, Mark was responsible for overseeing all DOJ investigations and prosecutions under the FCPA, and for supervising a team of trial attorneys with respect to investigations and prosecutions of a wide variety of federal white collar crimes including money laundering, mail and wire fraud, procurement fraud, Arms Export Control Act and International Traffic in Arms Regulations (ITAR) violations and violations of economic and trade sanctions laws and regulations, including with respect to the United Nations Oil for Food Program. During his tenure, Mark handled hundreds of voluntary disclosures of illicit corporate payments, worked closely with attorneys in the Division of Enforcement at the U.S. Securities and Exchange Commission, helped establish and worked closely with the Federal Bureau of Investigation’s FCPA squad at the Washington Field Office, negotiated numerous corporate plea, deferred and non-prosecution agreements on behalf of DOJ and participated in the appointment of, interaction with and reporting by more than 16 corporate compliance monitors. Mark led an effort to forge closer working relationships with foreign regulators in connection with transnational bribery cases, resulting in coordinated settlements with the Munich Public Prosecutor in Germany in the Siemens prosecutions and coordinated settlements with the U.K.’s Serious Fraud Office in the BAE and Innospec prosecutions, among others. Mark was also responsible for administering DOJ’s FCPA Opinion Release Procedure, including issuing the seminal opinion on FCPA transactional diligence and successor liability (Op. Rel. 08-02).

In addition to case-related responsibilities, Mark had significant policy responsibilities, including principal policy responsibilities related to the Organisation for Economic Co-operation and Development (OECD) Anti-bribery Convention. As a member of the U.S. delegation to the OECD Bribery Working Group, Mark served as a lead examiner for the follow-up review of Japan’s implementation of the OECD Anti-bribery Convention, played a key role in peer review of the United Kingdom including consultation regarding its Bribery Act of 2010, negotiated the 2009 Anti-Bribery Recommendation and played a leading role in the drafting and adoption of the OECD’s “Good Practice Guidance on Internal Controls, Ethics and Compliance.”

Prior to joining the Fraud Section, Mark was senior counsel in the DOJ’s Computer Crime and Intellectual Property Section in Washington, D.C., and prior to that served for nearly six years as an assistant U.S. attorney in the U.S. Attorney’s Office in the Southern District of New York. During his service with the U.S. Attorney’s Office, Mark tried numerous cases to verdict and argued several appeals before the United States Court of Appeals for the Second Circuit. As a federal prosecutor, Mark was a recipient of the Attorney General’s Award for Distinguished Service for the “Investigation into Corrupt Payments by Siemens AG,” and a recipient of the Assistant Attorney General’s Award for “The Safeguarding and Maintenance of Confidence in the American Marketplace.” Mark has been recognized by Ethisphere Institute in 2011 as a “Top Gun” among “Attorneys Who Matter,” in 2009 as a “Government Star” among “Attorneys Who Matter In Corporate Compliance,” and in 2007 and 2008 as one of the “100 Most Influential People in Business Ethics.” Mark has been selected to Lawdragon “500 Leading Lawyers in America” numerous times. Mark is also ranked by Chambers for his work as an FCPA practitioner.

Mark has spoken frequently as a faculty member, panelist and keynote speaker at numerous FCPA, anti-corruption, corporate compliance, securities fraud, money laundering and white collar crime programs and conferences. He teaches International Criminal Law as a visiting professor at the University of Virginia School of Law and has also been an adjunct lecturer-in-law at Columbia Law School. Mark is member of the Edward Bennett Williams Inn of Court and a member of the Board of Directors of Transparency International-USA.

The Biden Administration has warned that it is ramping up efforts to enforce the new and pre-existing Russia/Ukraine sanctions, including by creating a DOJ task force focused on investigating potential violations.

In response to Russia’s invasion of Ukraine, the Biden Administration has put in place a series of sweeping sanctions and export controls affecting Russia, Ukraine, and Belarus. We summarize these actions and outline measures that…

As Russia’s invasion of Ukraine continues, we describe the past week’s U.S. government sanctions and export control actions against Russia, and the embargoes placed on the DNR and LNR regions in Ukraine; highlight the implications of…

Mark Mendelsohn Selected as a Top FCPA Practitioner by GIR

Mark Mendelsohn Selected as a Top FCPA Practitioner by GIR

Litigation partner Mark Mendelsohn is recognized as a "Top Gun" in Ethisphere Magazine's 2015 list of "Attorneys Who Matter."

Asian Venture Capital Journal (AVCJ) has recognized Morgan Stanley's investment in Tianhe Chemicals Group as its "Private Equity Deal of the Year." Tianhe is China's largest producer of lubricant-oil additives and a leading…