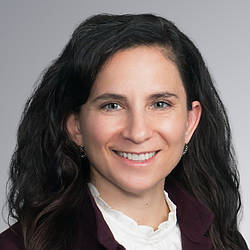 Counsel in the Litigation Department, Martha focuses her practice on antitrust and other high-stakes, competitive disputes involving innovative industries touching on a wide variety of areas, including trade secrets, contract, business torts, securities fraud, and employment disputes. In a span of less than five years, Martha served as trial counsel in four cases, including in three high-profile matters: Waymo v. Uber, a hotly contested trade secrets case regarding the future of self-driving cars; defending Apple in an antitrust class action involving the portable music player industry, obtaining a complete defense verdict where the class sought $350 million before trebling; and in O'Bannon v. NCAA, obtaining a historic judgment for college athletes, finding the NCAA in violation of the antitrust laws and ordering injunctive relief for NCAA athletes permitting the sharing of name, image and likeness monies.

She also practices at the intersection of litigation and investigations, helping clients respond to high-stakes and public-facing congressional and other government inquiries. She has prepared many first-time witnesses for high-stakes testimony before law enforcement agencies, inspectors general, and congressional committees.

Earlier in her career, Martha served as a law clerk for Judge Marjorie Rendell of the U.S. Court of Appeals for the Third Circuit and Judge Roslynn Mauskopf of the U.S. District Court for the Eastern District of New York.

In this inaugural Spotlight on Congressional Investigations alert, we discuss recent developments concerning the enforcement of congressional subpoenas. These include enhancements Congress is considering to its power to enforce…

The D.C. Circuit recently issued a significant ruling that severely curtails the House of Representatives’ practical power to conduct oversight and investigations.