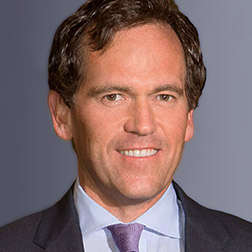 Matthew Abbott is a partner in the Corporate Department, global co-chair of the firm’s Mergers & Acquisitions Group and a member of the Private Equity Group. He regularly represents strategic and private equity investors in public and private acquisitions and investments, divestitures, joint ventures and carve-out transactions.

In both 2022 and 2020, Matt was named a Law360 MVP in private equity, an elite slate of attorneys who have distinguished themselves in their respective practice areas. He is also recognized by Chambers USA, Chambers Global and The Legal 500 for his M&A work on mega-deals and private equity buyouts. In 2022, Matt was featured as one of Lawdragon’s “500 Leading Dealmakers in America.” In 2020, he was a finalist for the American Lawyer Corporate Lawyer of the Year. Matt was also named to New York Law Journal’s list of “2013 Rising Stars,” which recognizes attorneys under the age of 40 who have “established a record of accomplishments and demonstrated that they are top contributors to the practice of law and their communities.” He has also been recognized as one of Investment Dealers’ Digest Magazine’s “40 Under 40,” a list compiled of some of the “best and brightest on Wall Street who are making their mark relatively early in their careers.”

Recent regulatory developments in the U.S. and China, along with calls by investors for more transparency, have increased scrutiny on Chinese companies that are listed on U.S. stock exchanges using the “variable interest entities”…

Corporate partner Matt Abbott spoke with Reuters as part of an article on the macroeconomic factors that have impacted global M&A deal volume and values over the past quarter.

After a relatively dismal June and July, M&A activity was up by total deal value across the board in August (even as the number of deals continued to fall), with a notable 116% increase in the U.S. and a more modest 11% increase…

After a generally positive May, both U.S. and global M&A were disappointing in June, continuing some of the downward trends seen earlier in the year. U.S. deal value and deal count fell 56% and 21%, respectively, with strategic…

The following is our summary of significant U.S. legal and regulatory developments during the second quarter of 2022 of interest to Canadian companies and their advisors.

Corporate partner Matt Abbott was recognized as a Law360 2022 “MVP” in the Private Equity category.

The Deal named Paul, Weiss a finalist 15 times across various categories in The Deal Awards 2022.

Am Law has recognized Paul, Weiss and corporate partner Matthew Abbott as finalists in their “best of the best” awards.

Corporate partner Matthew Abbott was honored with a Law360 2020 MVP Award in the Private Equity category.