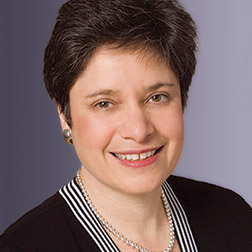 A partner in the Litigation Department, Michele Hirshman focuses her practice on white collar defense and regulatory enforcement matters and internal investigations.

Michele is regularly consulted in matters involving high profile business and personal reputational concerns. She has significant jury trial and appellate court experience, and she regularly speaks at conferences and on panels advising other practitioners in the field. She also works on a broad range of criminal and civil pro bono cases with young lawyers at the firm, and previously was a member of the Boards of Directors of The Legal Aid Society and the City Bar Justice Center.

Prior to joining Paul, Weiss, Michele served for eight years as First Deputy Attorney General for the State of New York and for eleven years as a federal prosecutor in the United States Attorney’s Office for the Southern District of New York, where she was the Deputy Chief Appellate Attorney and Chief of the General Crimes and Public Corruption Units.

Michele was articles editor of the Yale Law Journal.

On January 20, prosecutors in a 2004 double murder case in Louisiana moved to dismiss all charges against our pro bono client, Darrill Henry, who had been convicted for the crimes in 2011 and sentenced to life in prison.

Paul, Weiss secured parole for a pro bono client who had served 25 years in prison for her role in the murder of an elderly woman.

Paul, Weiss client Union Settlement, Inc., a nonprofit organization that has provided community support in East Harlem for over a century, successfully reached a settlement resolving claims against the New York City Department of…

Litigation partner Michele Hirshman was awarded the Civic Leadership Award at the 2014 Citizens Union Awards Dinner. The Citizens Union of the City of New York, a nonpartisan good government group, recognized Michele for her…