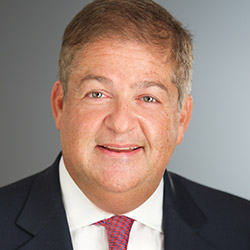 Recognized as a Band 1 practitioner by Chambers USA, Paul has earned praise for more than a decade for being an attorney who “is among the ‘upper echelons of lawyers.’” Clients recognize that “he is an intellectual powerhouse; if there is a problem that no one has ever seen before he is the one to sit down and figure it out.” The Legal 500 lists Paul in the“Hall of Fame,” recommending him as “brilliant, but above all he relates to people and manages to create compromise from initially acrimonious situations.” The American Lawyer recognized Paul as one of their “Dealmakers of the Year” for 2020 for his work advising the independent restructuring subcommittee of the board of Sears on the retailer’s massive chapter 11 case, a deal which has also been recognized by IFLR as 2020 "Deal of the Year: Restructuring and Insolvency," and  he has been selected twice as one of Law360’s “Bankruptcy MVPs.” He was named in Lawdragon’s “500 Leading US Bankruptcy & Restructuring Lawyers.” His representation of Charter Communications garnered recognition by the Financial Times “U.S. Innovative Lawyers Report” in 2010 and earned high praise from The Deal, which named the Charter reorganization as one of its “Deals of the Year” for 2009. Paul has also earned consistent recognition in Chambers Global, The Best Lawyers in America and IFLR1000, which has selected Paul as a leading lawyer in Restructuring and Insolvency every year since 2008.

Paul regularly lectures and publishes articles on restructuring topics. He has written for an array of notable industry publications, including New York Law Journal and Daily Bankruptcy Review, among others, and has led numerous seminars at conferences held by leading industry organizations including the American Bankruptcy Institute, Practising Law Institute, Federal Bar Council Bankruptcy Litigation Committee, Turnaround Management Association, and Renaissance American Management. Paul is a fellow of the American College of Bankruptcy and The American Bar Foundation, and a member of the Board of Directors for Her Justice. He currently teaches a course on corporate restructuring at George Washington University Law School.

Paul, Weiss secured a significant victory for Crown Eagle Energy LP, a portfolio company of Blackstone Credit and an owner of oil and gas assets in the Eagle Ford shale in south Texas (known as the Comanche assets), in a long-running…

Restructuring partner Paul Basta was recognized in a Business Insider article as one of the top ten restructuring attorneys who will be at the center of the increase in restructuring and bankruptcy work due to the coronavirus crisis.

Restructuring partner Paul Basta has been named a Law360 “Bankruptcy MVP” for his work on some of the largest and most complex Chapter 11 cases over the past year.