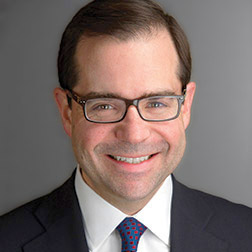 A partner in the Corporate Department, Raphael (Ray) M. Russo focuses on capital markets and corporate finance as well as the representation of public companies and investors.

As a member of the Capital Markets Group, Ray has represented issuers and underwriters in connection with initial public offerings, secondary offerings and Rule 144A debt offerings. His transaction experience includes offerings for both domestic and foreign issuers. He also regularly advises issuers and investors in connection with restructurings, recapitalizations and strategic transactions. Ray is recognized by Chambers USA and The Legal 500 in capital markets.

As part of his domestic and international issuer practice, Ray advises public companies on a range of corporate governance and disclosure issues. He also helps senior management and significant shareholders of public companies implement liquidity and monetization strategies.

He represents financial institutions on transactional and regulatory matters and also provides advice on trading and monetization strategies to investment managers, foundations and family offices.

In this alert, we review important SEC developments from the past year. In an ambitious rulemaking agenda, the SEC finalized Dodd-Frank legacy rules concerning pay-versus-performance and compensation clawbacks, as well as rules…

Paul, Weiss client Harbinger Group, Inc. was recognized with "The Oil and Gas Financial Journal Transaction of the Year Award (under $1bn transaction value)" at the 2013 Southwest Oil & Gas Awards for the its MLP joint…