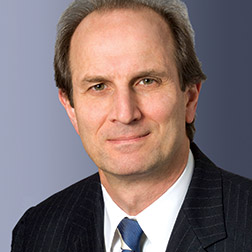 As counsel in the Litigation Department, Robert Kravitz has handled major litigations in a wide variety of areas, including securities, mergers & acquisitions, antitrust, employment law, and intellectual property.

In a pro bono case on behalf of the widow of a victim of the September 11 World Trade Center attack, Mr. Kravitz won one of the largest compensation awards given by the federal Victims Compensation Fund.

In 1998 and 2000 Mr. Kravitz received the Legal Aid Society Award for Outstanding Pro Bono Service and in 1998 was presented with the Ladas Memorial Award by the United States Trademark Association for best article on trademark law by a new author. Mr. Kravitz was an editor of the Harvard Law Review.

As reported on ABC News and other media, Paul, Weiss obtained an arrest warrant from a federal district judge in Missoula, Montana against Andrew Anglin, founder and operator of the neo-Nazi website The Daily Stormer.

Paul, Weiss obtained an order holding Andrew Anglin, the editor of neo-Nazi website “The Daily Stormer,” in civil contempt of court in a case brought by our client Tanya Gersh, a Jewish woman targeted online by Anglin and his…

Two law professors—one a former SEC commissioner—have filed lawsuits alleging that SPACs are investment companies that should be subject to the registration and other requirements of the Investment Company Act of 1940, and more such…

Litigation partners Allan Arffa, Jeff Recher and Andy Bouchard and counsel Bob Kravitz were named sole runners up for “Litigator of the Week” by The American Lawyer for their complete victory at the Illinois Supreme Court on behalf of …